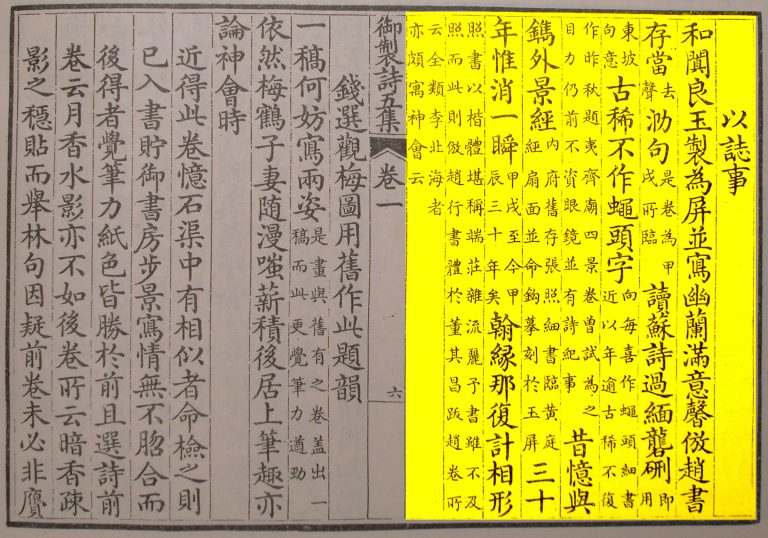 Rarely were jades collected by the Ming and Qing Emperors inscribed with Imperial marks. The remaining surviving pieces suggest that jades worked in the jade workshops for the Emperors sometimes were given marks. It is my opinion that most marks which appear on jades at auction are added to enhance the value and marketability of the piece.

Some Emperors, especially the Qianlong Emperor, ordered comments or poems he was inspired to make to be inscribed on jades. Inscriptions added with reign dates are sometimes to be found listed as individual pieces in the Qianlong archive, arranged by year. If there is no date on the jade piece, it is difficult to look up the piece in the archive which consists of approximately 10,000 pages. I have handled some of those and written articles about my experience hunting down such pieces.

I properly use the word Imperial jade to mean;

Class One: Jade pieces made specifically for an Emperor that have a date and are listed and described in the Imperial archive.

Class Two: Jade pieces that have a historical provenance of Imperial ownership which is plausible. For example, jade pieces removed by Westerners from the Palaces during war time.

Class Three: Jade pieces which have quality of subject matter, workmanship and material that may have been collected by an Emperor or made by the Imperial workshops.

The presence of an imperial mark, in and of itself, does not mean anything and cannot be relied upon to prove or suggest actual Imperial ownership. The reason is that these are easily added by a seller to enhance the market value. Also, there is the Chinese practice of adding an Imperial mark to suggest that the piece is fine enough to represent an Imperial taste. For example I have often encountered the inscription, Qianlong Fanggu or Emulating the Ancients placed on jade objects. It is my opinion that most if not all of the jades that come up at auction have added spurious Imperial marks. A collector should buy the quality of the workmanship and the difficulty of the subject matter together with beautiful material. Studying the remaining Imperial pieces in the National Palace Museum is important to learn the real taste of the various Emperors.

To learn more about Imperial Jades of the Qianlong Period, you are invited to attend my slide lecture
Lunch with the Qianlong Emperor on Saturday, October 6, 2018 here at the Fairmont Hotel in San Francisco.
Admission is $125 per person. Preregistration is required. Please contact Ms. Seto at S. Bernstein & Co. at (415) 421-3434 or sbernsteinjade@aol.com