I admit it! I really enjoy my clients bringing me unusual and challenging works of art to appraise. Recently, my dear friend and client ‘Bob’ brought me a thirty-inch tall open work pagoda lantern to appraise. Rare unusual things are attracted to Bob like a magnet, and his passionate enthusiasm for collecting is refreshing.

I examined the Pagoda lantern on a bright sunny day and the natural light revealed a well-worn copper object that had passed through a very long passage of time. Like people, works of art age over time and suffer the vicissitudes of their life. I observed that the finial knob on the cover have a five petal flower with a circle in the center. This suggested it was a Japanese family crest or mon. A quick online check revealed it to be the Omura Family mon. But even more exciting, the open work cylindrical body had a repeating pattern of Chinese endless knots and a European style cross.

Again, the online search revealed the cross to be a Jerusalem cross used by Jesuits in the Crusades. Indeed, the Jesuit flag bore the same identical cross. Further checking revealed the During the Sixteenth century, Christian worship was often persecuted in Japan. Christian themes were subtly incorporated into traditional designs and “hidden”. The Omura Clan was among the first to embrace Christianity.

Omura Sumitada (1533-June 23, 1587) was a Japanese Daimyo lord of the Sengoku period. He achieved fame throughout the country for being the first Daimyo to convert to Christianity following the arrival of Jesuit missionaries. Following his baptism, he became known as “Dom Bartolomeu”. Sumitada is known as the lord who opened the port of Nagasaki to foreign trade.

The fact that the Jerusalem Cross was cleverly worked into the design suggests it may have been a ‘Hidden Christian’ object and has interesting historical appeal. 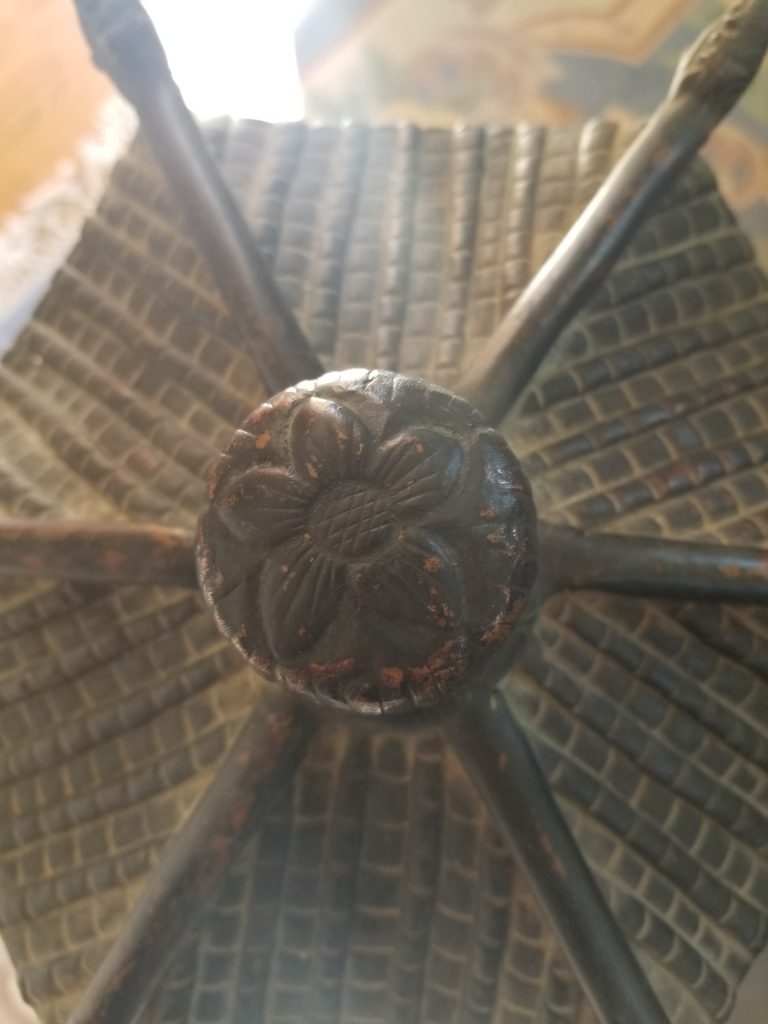 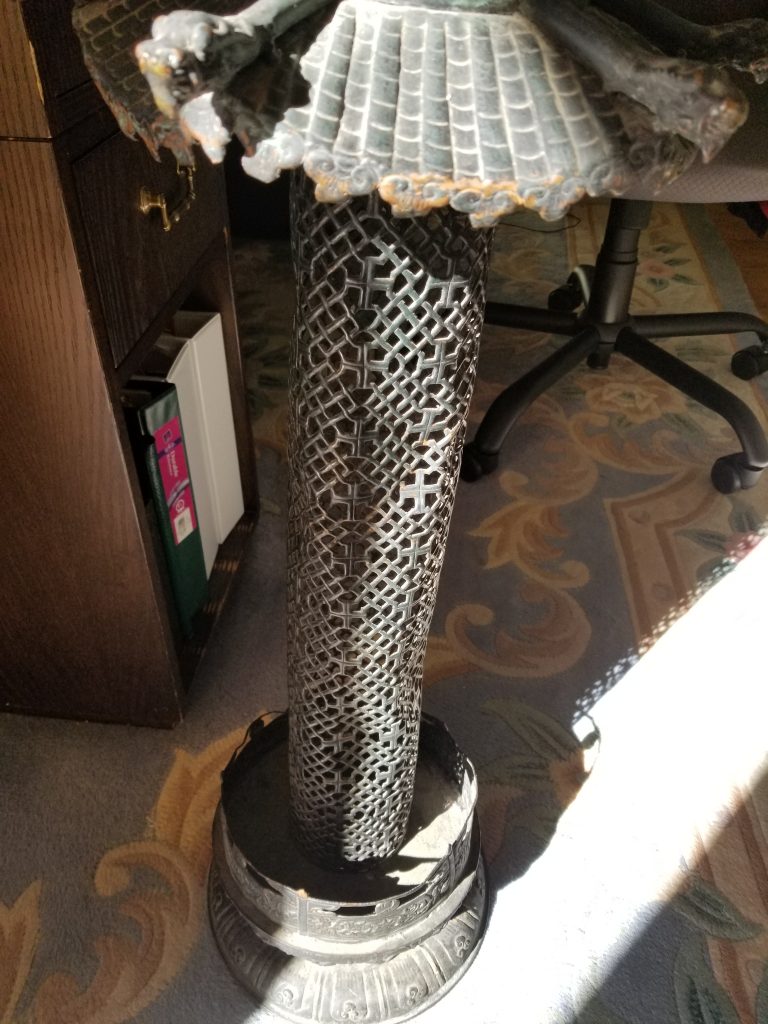