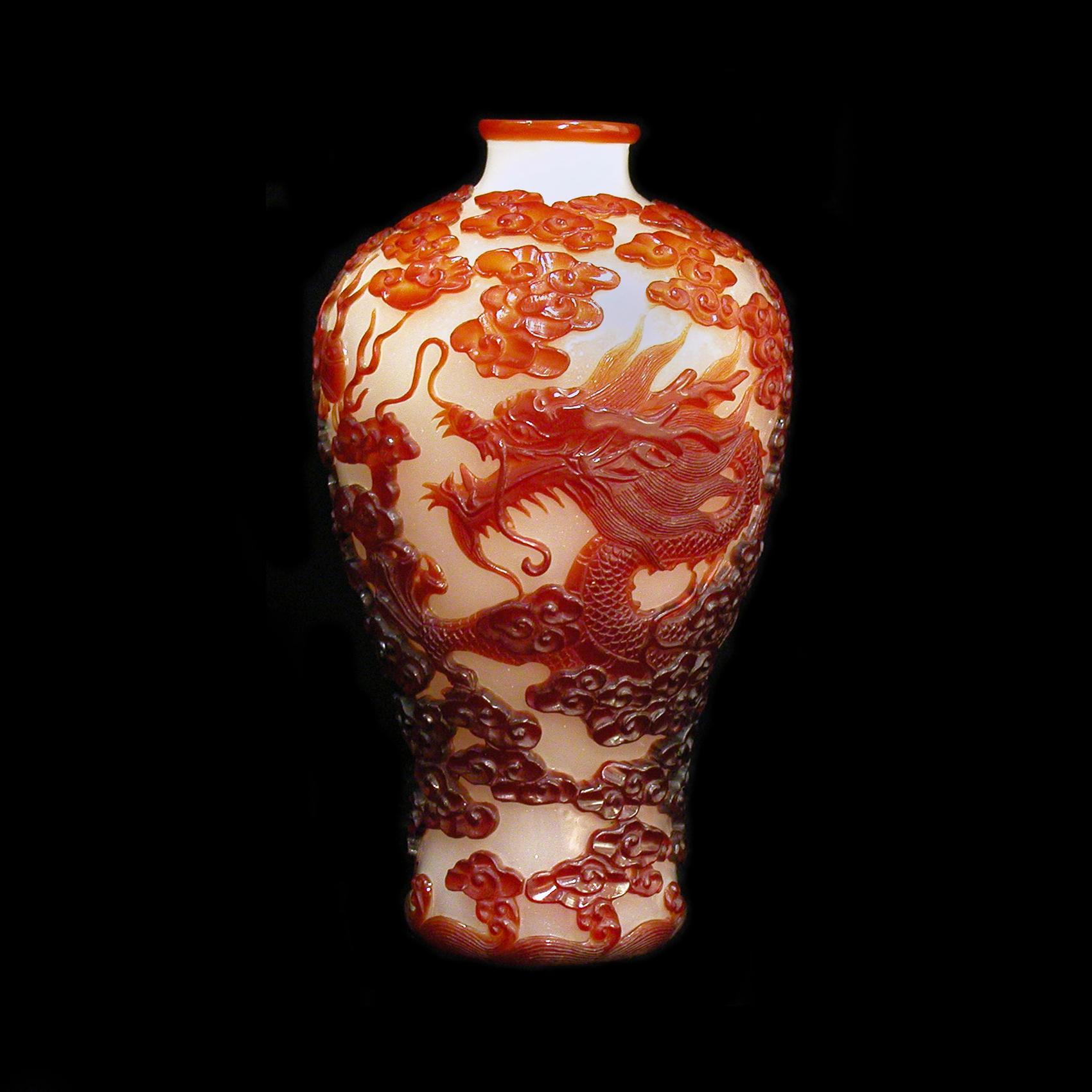 The Qing emperors had a strong liking for glass luxuries and promoted its manufacture through patronage. In particular, the reign of the Qianlong emperor saw a golden age in glass making. The glass overlay technique seen on this vase was an innovation of the period.

The present vase is of snowflake white glass with a deep ruby red single overlay. The lip of the vase is slightly flared and ringed in red. From a rounded shoulder the form tapers toward the base. The foot is flat with a circular indention underneath with a Qianlong mark in red on the center. The overlay depicts a five-toed dragon chasing a flaming pearl through ruyi form clouds, a rebus for longevity and the pursuit of knowledge. The opaline glass of this work of art is very distinctive to the Eighteenth century. After this period foreign glass was introduced to the mix resulting in a different composition. Also, the deep ruby red overlay coloration and the carving and piercing techniques are indicative of the period.

In our opinion, the material, subject matter and workmanship suggest an Eighteenth Century date.