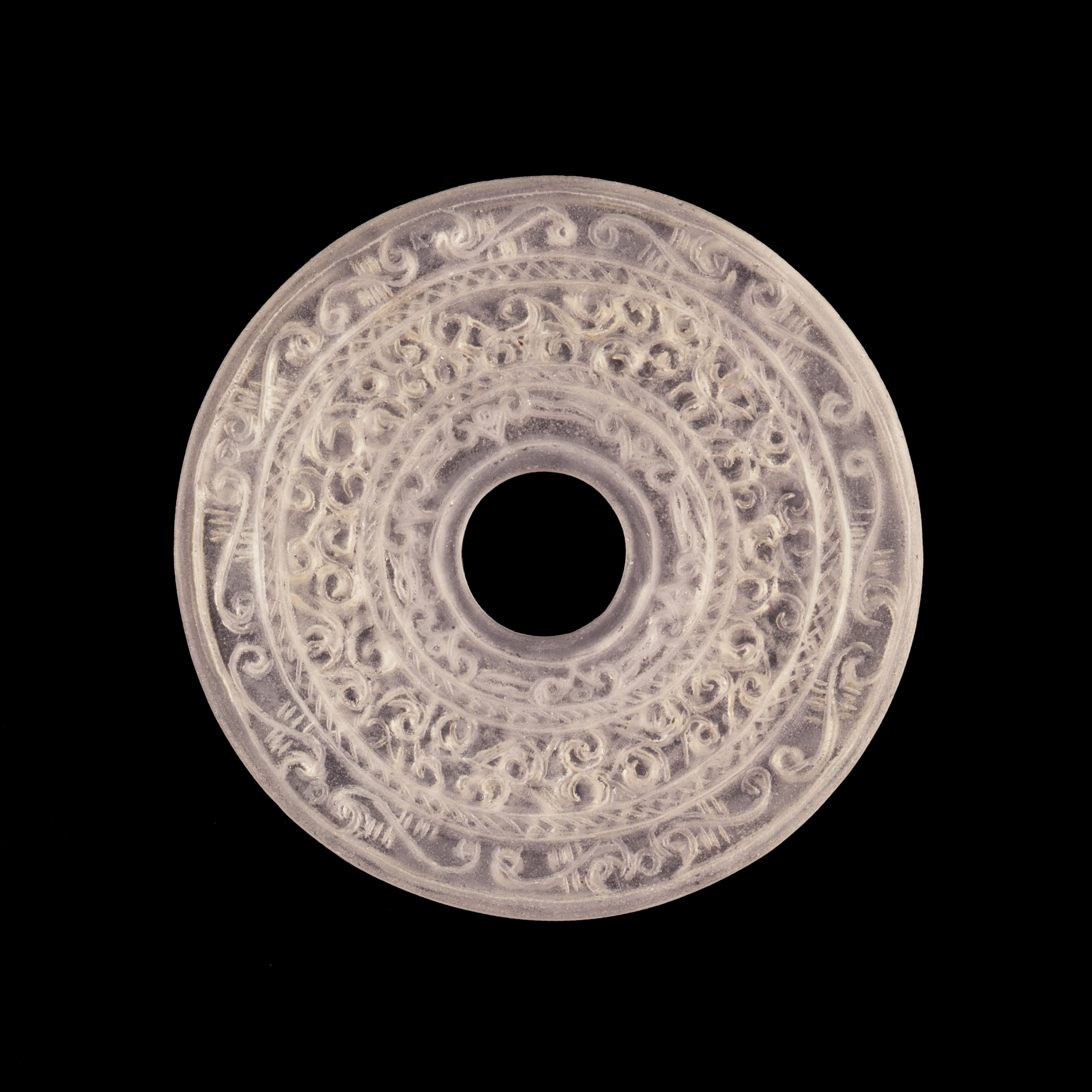 This superb bi disc consists of mold cast glass emulating the mineral quartz crystal. After being casted, the intricate surface designs on both sides were finished off using wheel cut and abrasion techniques, similar to those used in jade working of the period. Decoration on both sides give the bi disc an almost hollow appearance. The roundness of the disc is not exactly perfect as there is some slight irregularity. A frosted appearance is the result of age and chemical interaction from prolonged burial. This bi disc is unlikely to have been used as a jewelry object, but was possibly a status symbol of the period. In our opinion, the subject matter, workmanship and material suggest a 3rd – 2nd Century date for this work of art.

At this time, there is no published example of an identical bi disc of this type. The object remains unique until such time as the archaeological record reveals another of the period.