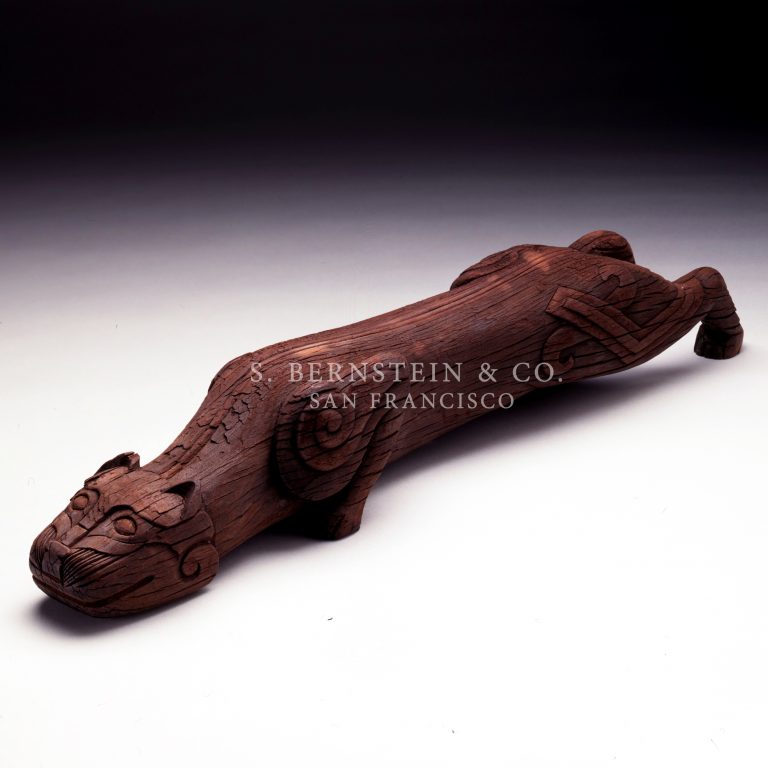 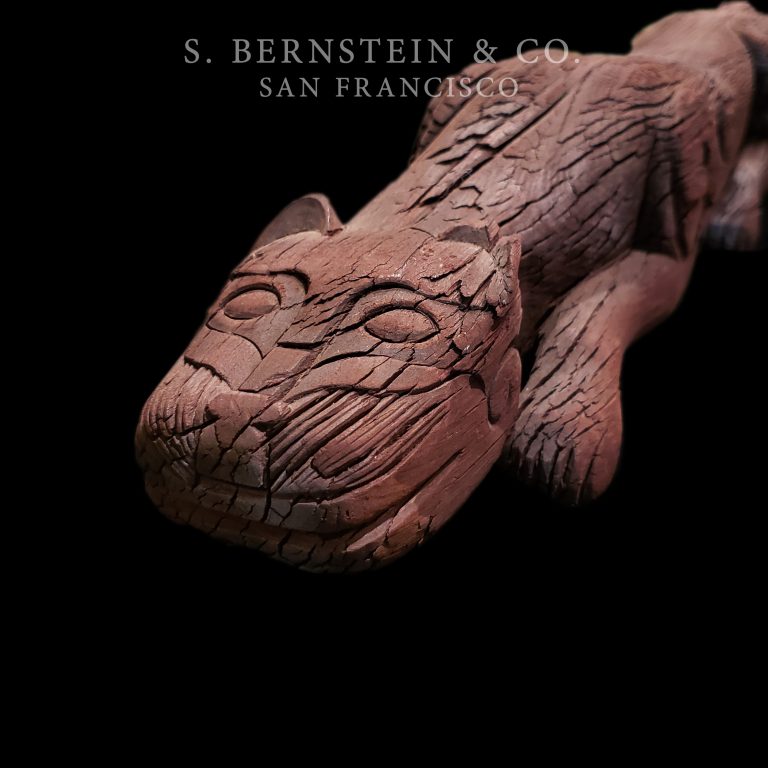 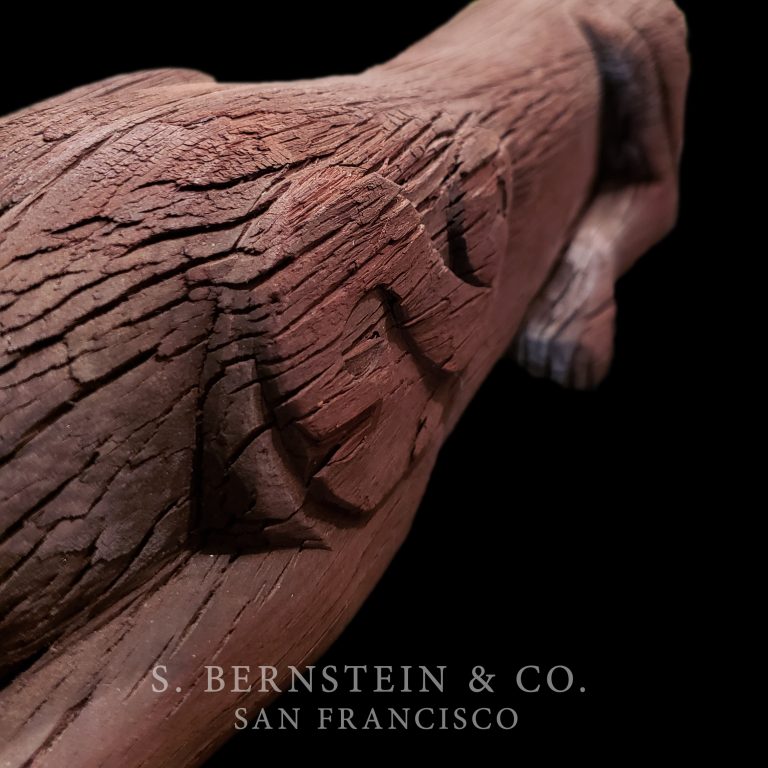 The sculptural form of this wooden feline is bold and energetic.  The animal is in a stalking, predatory position and its subtly curving body further reinforces the sculptural dynamic of the piece.  Raised and incised archaistic swirl patterns carefully integrated into the shoulders and hips further enhances the mythical quality of this tiger.  The well defined head and eyes mark an attempt at realism which characterizes works of art of the Warring States period.  Its tail, which is constructed separately, would have swirled up towards the haunches to support a shelf which originally rested on the back of the animal.  Markings on the back of the tiger indicate where this distinct section was connected.  The beast looks straight ahead with its head low to the ground and mouth open in a display of its ferocity.  Although the exact use of this figure is unknown, it was most likely used as a stand for some other object. In our opinion, the subject matter and vivid detail of this tiger make it a masterpiece of the artistic sensibilities of the Warring States period.

Note: There is a minor restoration to one foot, as usual. A separate tail and a tray used to hold offerings are not present.

The symbolism of the tiger is discussed in Encyclopedia of Chinese Symbolism and Art Motives. C.A.S. Williams. New York: Julian Press, 1960. Pages 394-396.