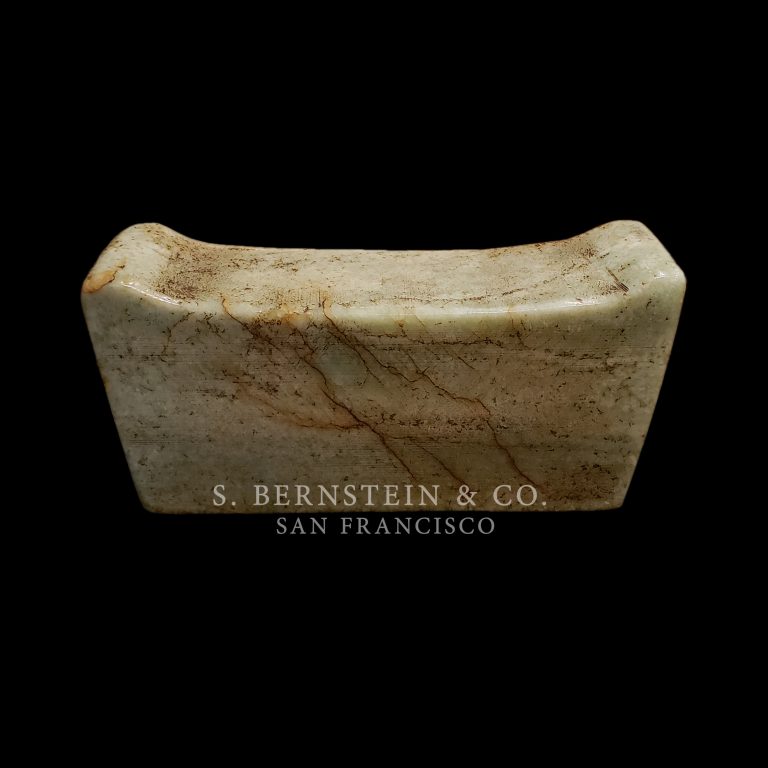 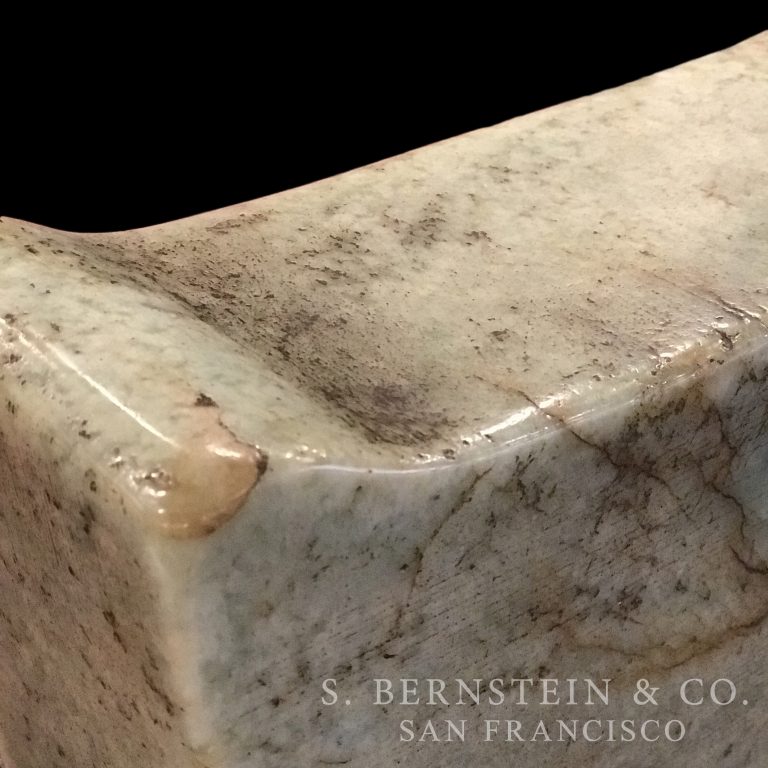 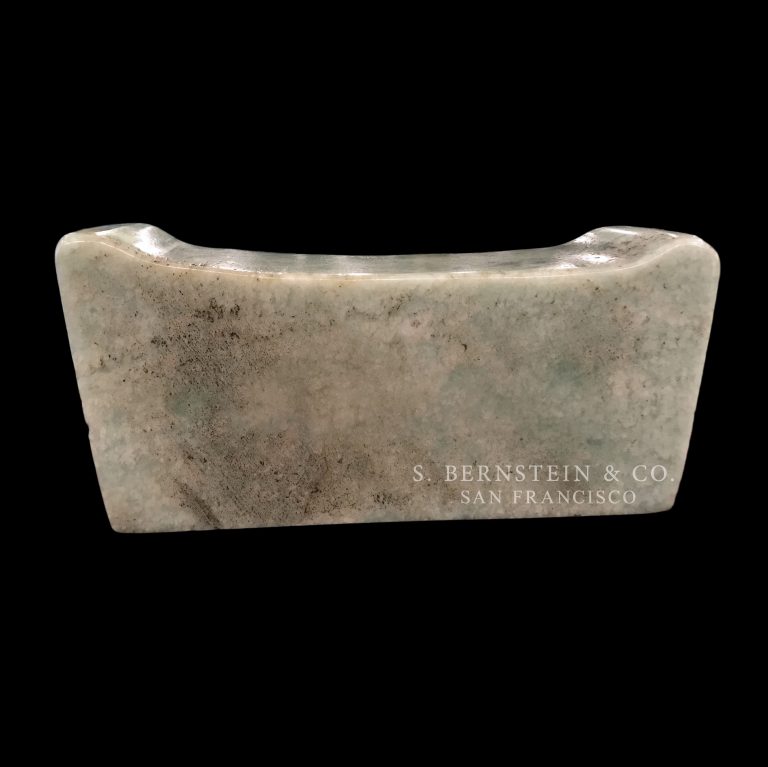 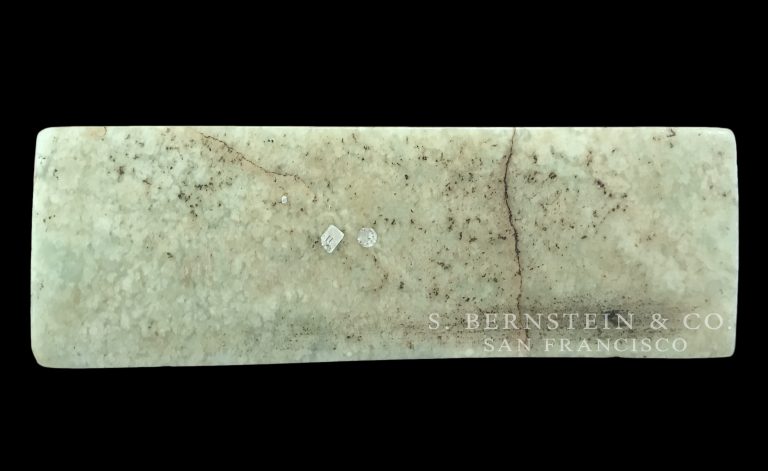 Ancient examples of Jade headrests are extremely rare and seldom encountered. The head rest was believed to provide the user with comfort in use in the afterlife. The term “Gao Zhen Wu You” is applied to this object which means, “to sleep peacefully”.

This remarkable example is rendered from a solid boulder of grey green and brown nephrite jade with the upper side formed by a large groove with slightly rounded raised edges at either side. The other faces are rectangular. The stone consists of mottled celadon tones with brown inclusions. There are traces of tools marks from sawing to the surface present. In the opinion of Professor Li Boqian of the Department of Archaeology, Beijing University this head rest does not appear to be worked by the tuo, xianju or ‘metal slice’ method associated with pre-Eastern Han period jades. Therefore, in the opinion of Li Boqian, an Eastern Han date (25AD-220AD) date for this headrest is appropriate.

In our opinion, the style, workmanship techniques and material suggest a Han Dynasty  date for this work of art.

From the Gerald Godfrey Private Collection of Fine Chinese Jades*

Acquired from the Government of the People’s Republic of China, circa 1966

Formerly in a Distinguished American Collection

*The following is an anecdotal account of Gerald Godfrey and his acquisition of the headrest, excerpted from www.exero.com/mastergate/secured/collectibles/godfrey.htm

“Visiting China during these Cultural Revolutionary days was not without its hazards. “Hotel room doors had no locks”, recalls Gerald. “I used to go to bed about eight o’clock and an hour later in would walk two Chinese officials. They would sit on the bed and give me an hour-long lecture about English Imperialism. At the end of the lecture, they would say ‘please convey what we have said to the authorities’, salute and walk out”.

But for Gerald this period is most memorable as a time of unearthing treasures. “Peking was the best”, he says emphatically. “Being British I found the most incredible things in the middle of the Cultural Revolution. The most important find was a jade pillow which was under a bed in the middle of winter. When I asked the officials what it was they answered a ‘jade pillow, 1890’. There was no such piece! Actually it was 7th BC Century and they knew it because they asked a very inflated price for an 1890 piece. I paid it because it was still a good purchase and they recommended that I ‘carry it with me’.”

Another headrest of rectangular form worked from a block with slight hollow top was found in the first century B.C. tomb of the Prince of Zhong Shan, Dingxian in Hebei Province and is illustrated in A Selection of Archaeological finds of the P.R. C., Wenwu Chubanshe, 1976, Number 61.