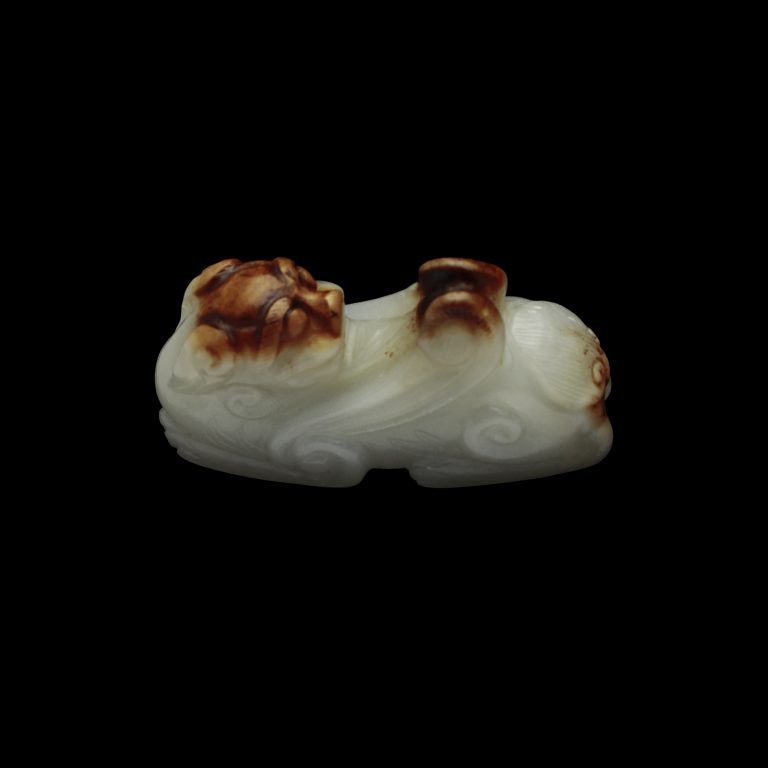 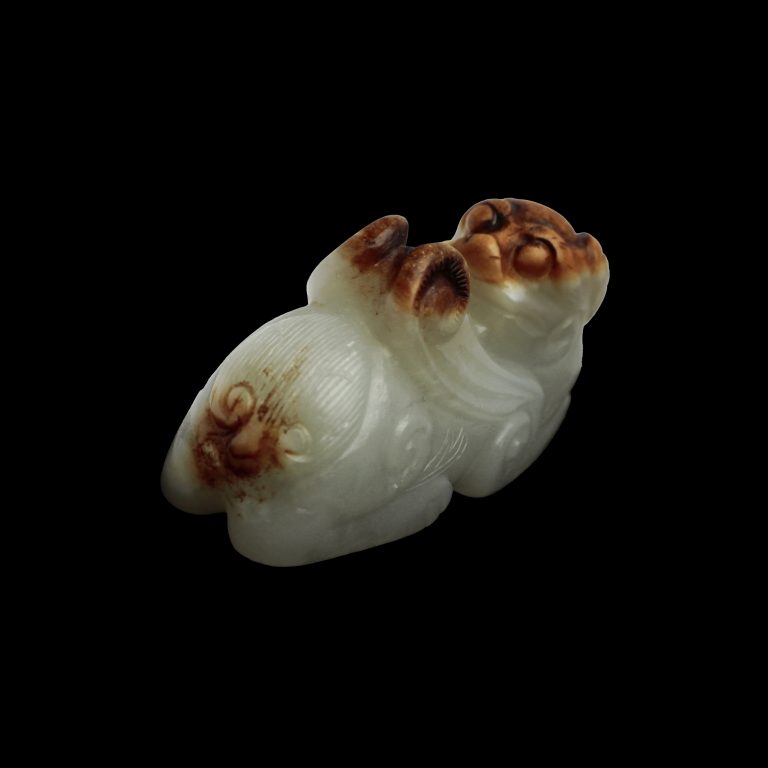 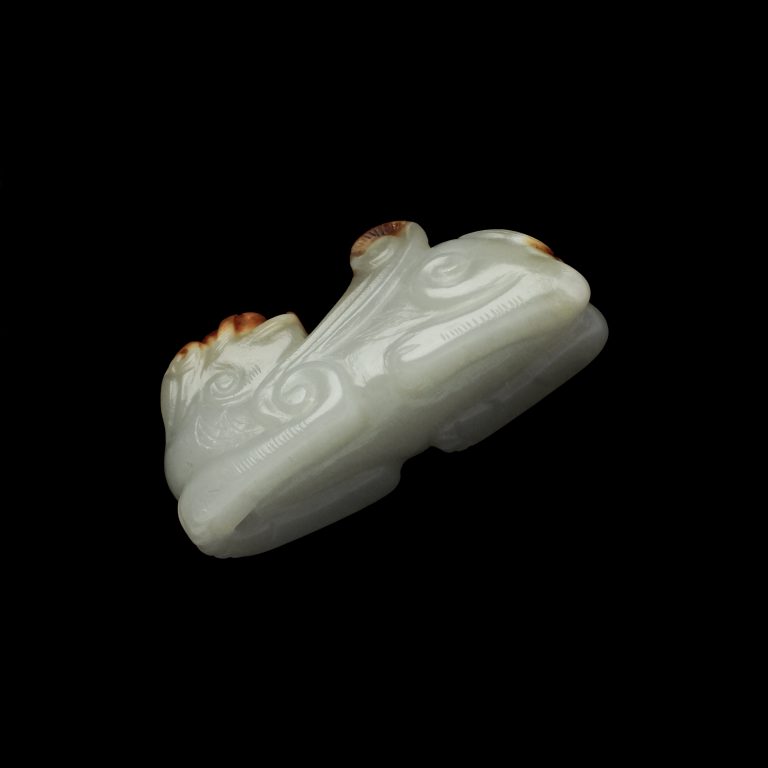 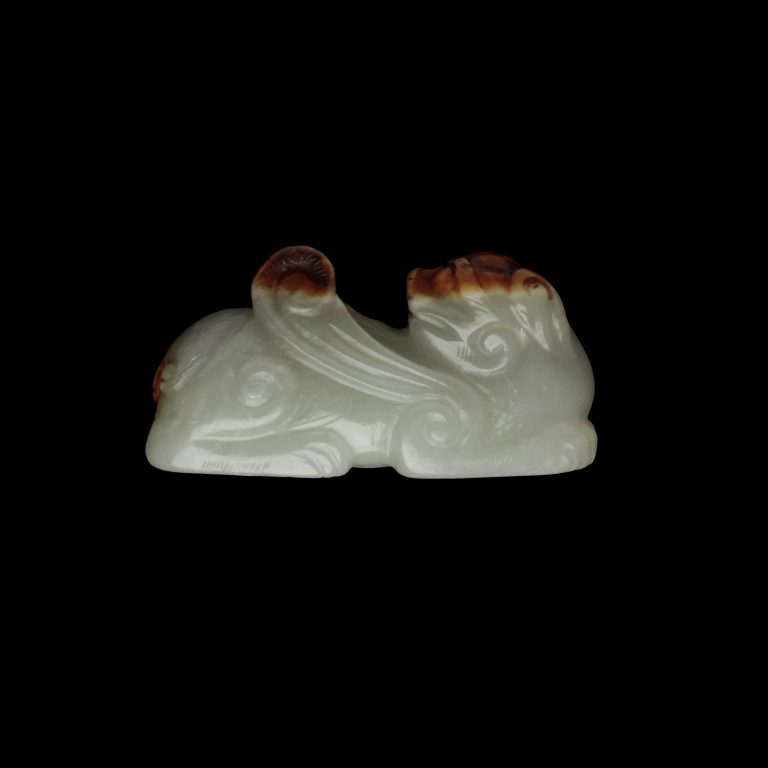 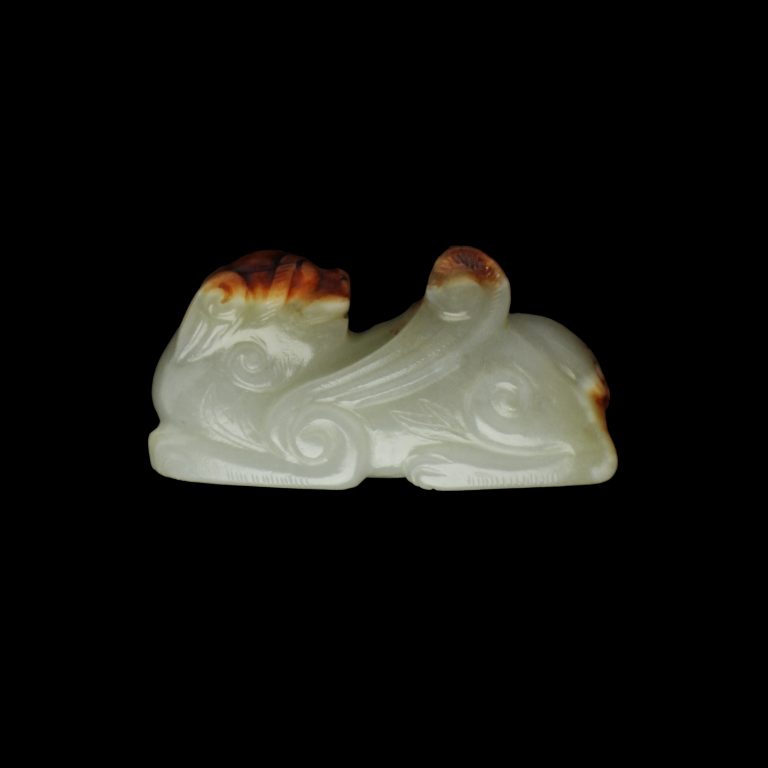 The mythical qilin is said to walk so lightly as to leave no footprints, and so carefully as to crush no living thing. Descended from remote antiquity, the beast is believed to live to be ten thousand years old.  The qilin is most often employed to signify perfect, good and happy married bliss.

This fabulous beast captures the refinement and elegance that is representative of  18th  century works.  The qilin is rendered from a white jade stone with slight russet markings around the wings and face. In calm repose, the qilin represents a good sense of sculptural design and a clever use of the jade pebble’s original shape. The detail of the finely incised hair work, divided paws, curving horns and ears lying flat against the head result in a naturalistic deer-like appearance.  However, the qilin’s round, bulging eyes, sweeping wings and stylized, fan-like tail give this creature a magical appearance.  This qilin represents a highly developed style which artists in later periods tried to emulate, but were rarely successful.  In our opinion the subject matter and outstanding workmanship are representative of 18th century

Subject to prior sale.