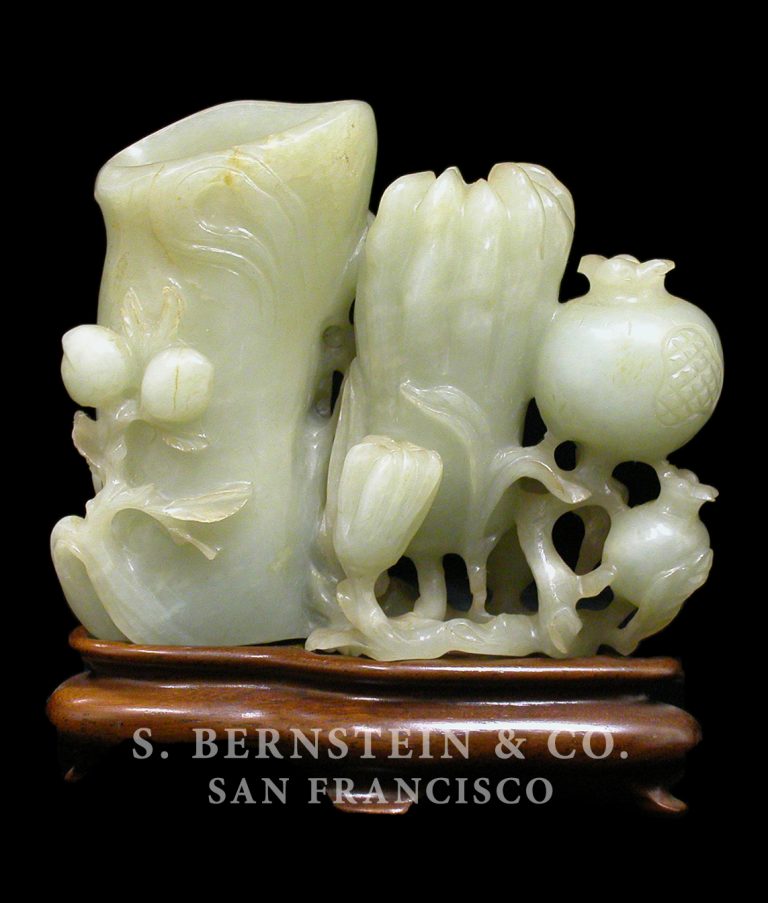 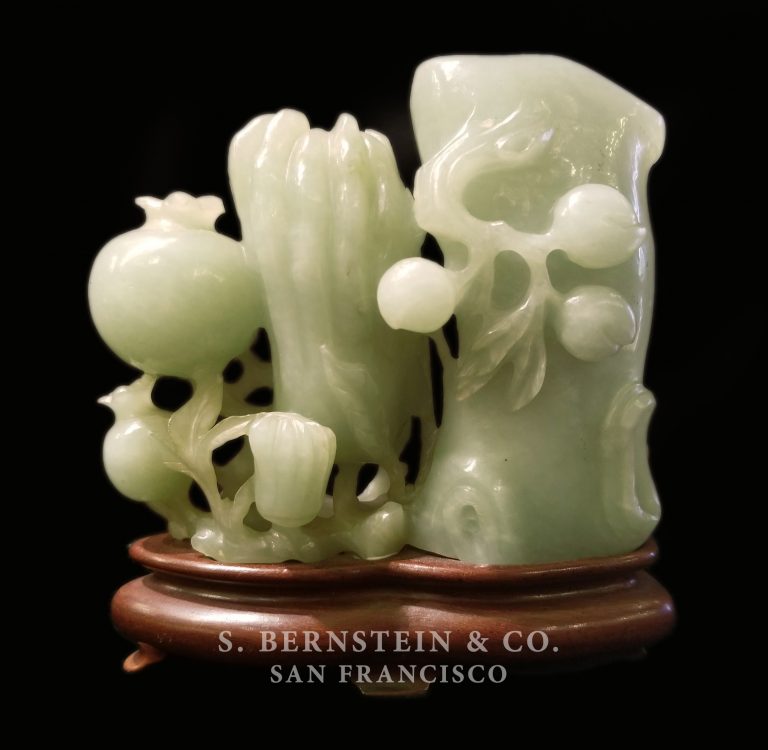 This elegant scholar’s brush pot depicts one of the most famous groupings in Chinese art, a citron, a peach and a pomegranate also known as the Three Abundances. When these three fruits are shown together they represent the rebus fushou sanduo (福寿三多) or “May you have an abundance of blessings, long life and many sons.” The citron or buddha’s hand represents an abundance of blessings, duofu   (多福). The peach symbolizes abundant longevity, duoshou (多壽). Finally, the pomegranate represents many sons, duonanzi (多男子). This rebus originates in the Warring States Period text Zhuangzi (南华真经) which is one of the founding texts of Daoism.

The present brush pot is crafted from a pale celadon nephrite jade. On the left side, peach branches wrap around a bamboo trunk. In the center a large citron is shown with a smaller citron at the base on a bed of openwork vines. On the right side a larger pomegranate is shown with a smaller fruit, each with an area of skin removed exposing the many seeds inside. Each of the fruits has been exceptionally hollowed to accommodate calligraphy brushes. In our opinion, the subject matter, material and workmanship indicate an eighteenth century date for this scholar’s art.

A Three Abundances group in jade dated to the nineteenth century can be found in Later Chinese Jades: Ming Dynasty to the Twentieth Century. by Michael Knight, Terese Tse Bartholomew, and He Li. Hong Kong: Asian Art Museum of San Francisco, 2007. Page 297. Number 338.