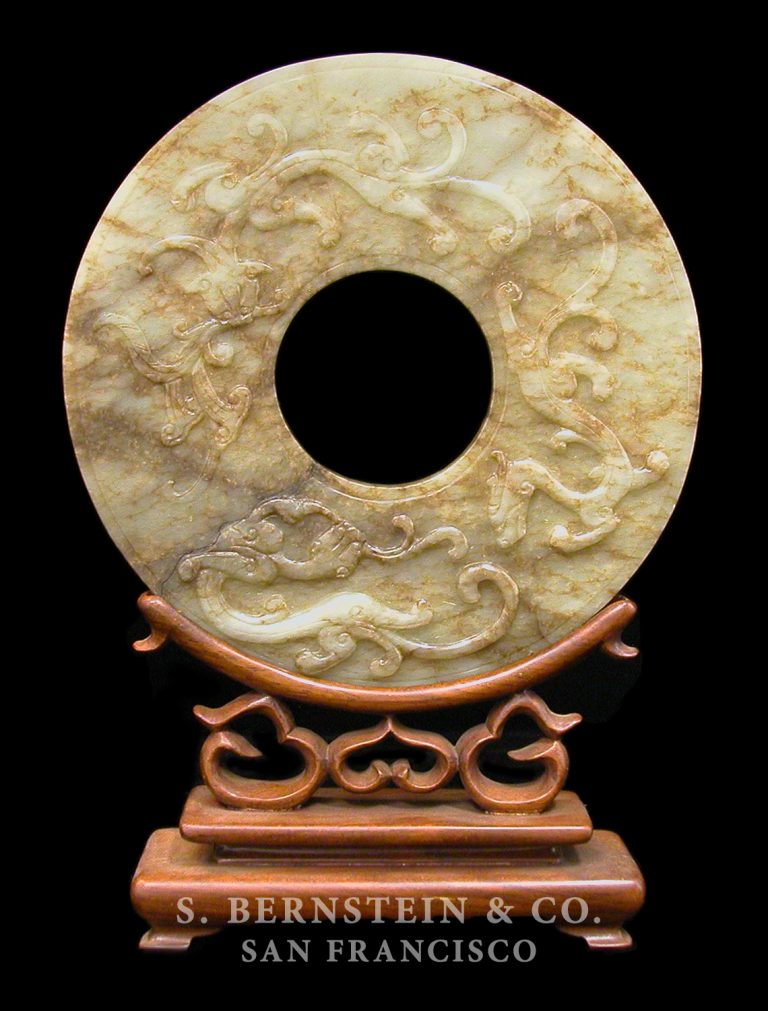 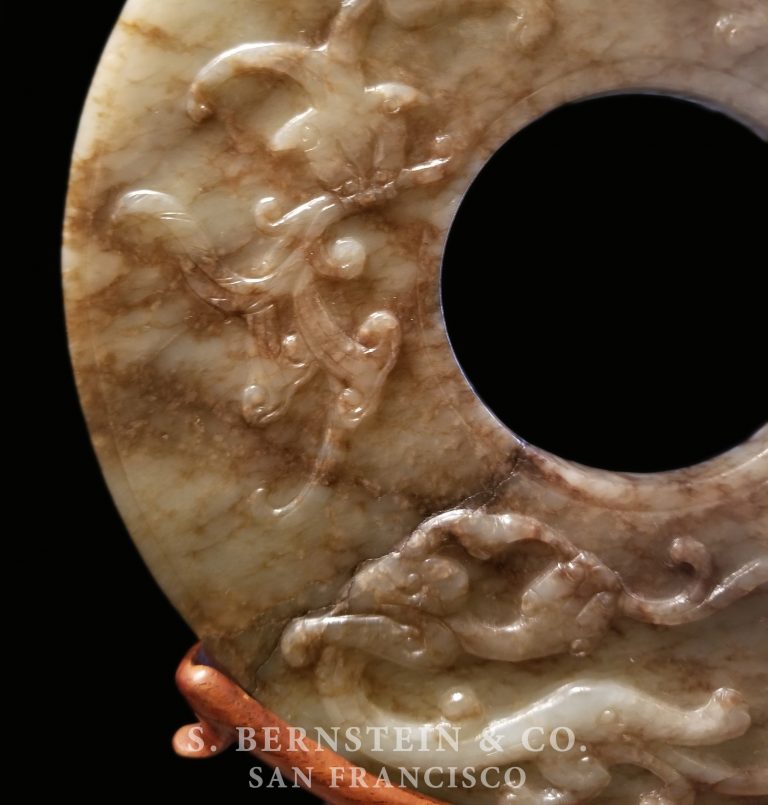 One of the characteristics of Chinese philosophic and artistic tradition is a great reverence for antiquity. Aesthetic sensibilities inherited from earlier periods are treasured and often reinterpreted in the works of art of subsequent dynasties. Scholars generally agree that the tradition of archaism originated in the Song dynasty (960-1279). From that time forward, the desire of the jade artist to emulate the past became a dominant artistic ideology. This antiquarian spirit strongly influenced the arts in the Ming period, especially that of the scholar’s studio.

The present jade bi disc depicts three chilong dragons holding sprigs of lingzhi fungus, a symbol of immortality. Chilong are a type of dragon with long feline-like bodies and bifurcated tails. The rim and interior aperture of the bi disc has a small border ridge, emulating the bi discs from the Zhou and Han periods. In our opinion, the subject matter, material and workmanship indicate a Ming Dynasty date for this piece of scholar’s art.

A Song to Ming disc with dragons is shown in Chinese Jade From Distant Centuries, Catalogue One , S.Bernstein & Co.,San Francisco,1992, plate 19.