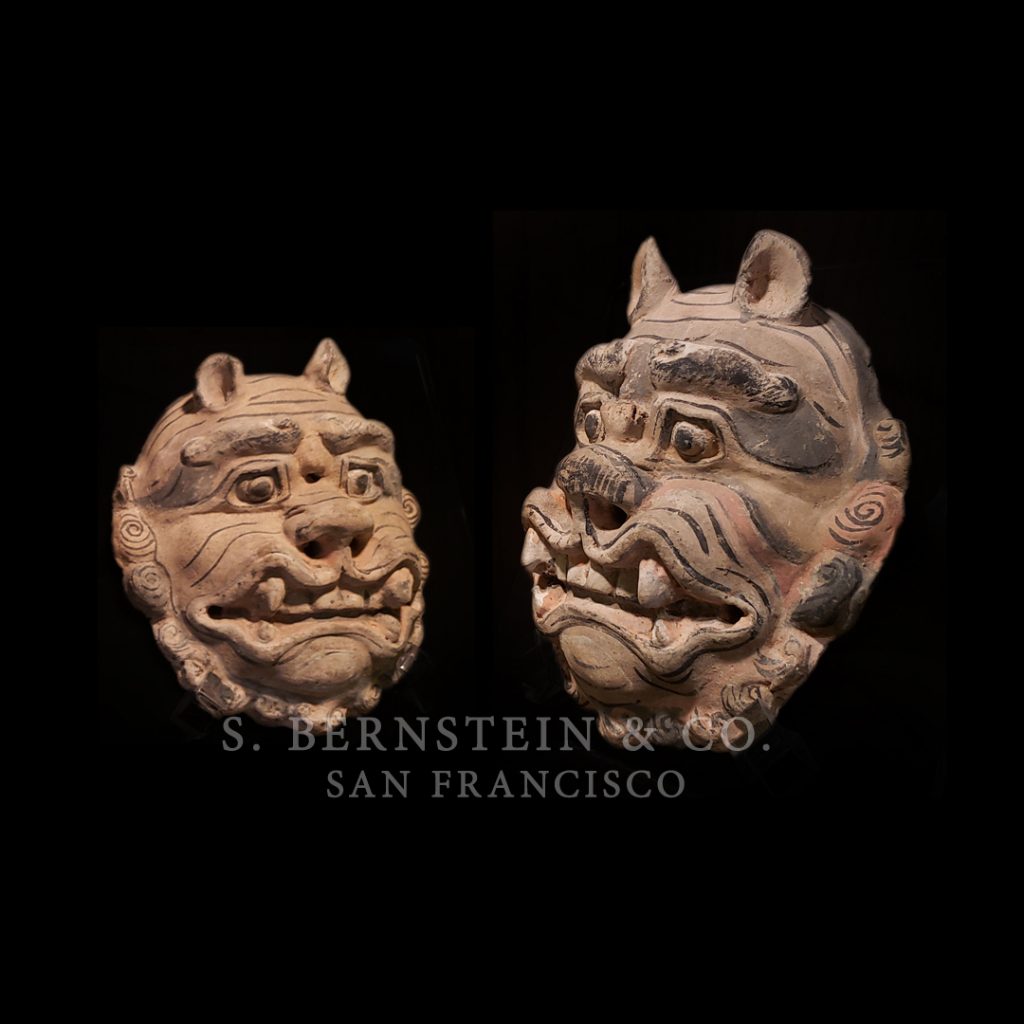 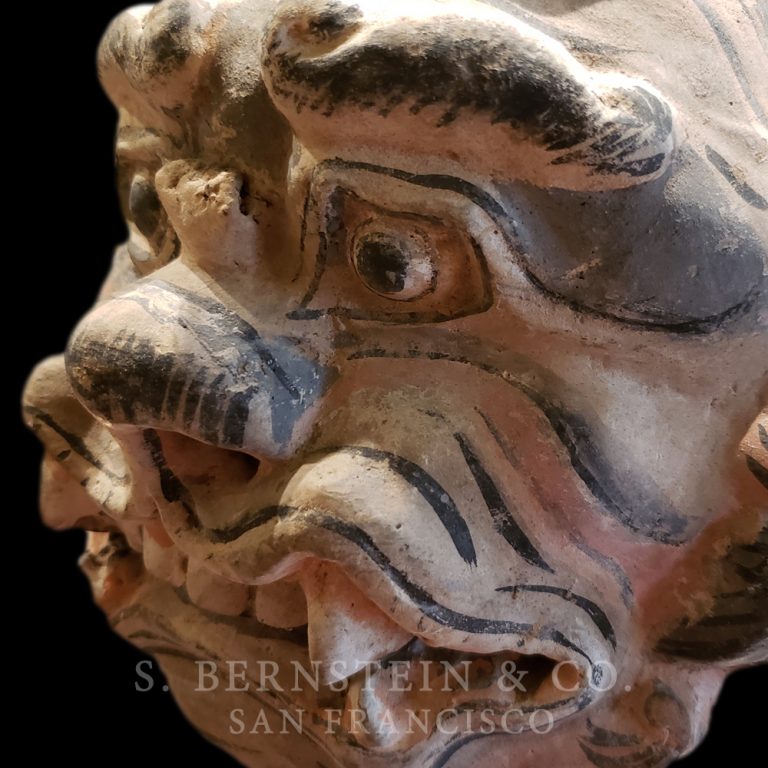 This pair of painted ceramic masks depicting tomb guardians demonstrate the importance of protecting the tomb occupant from evil in the afterlife. Burial ritual during the late sixth century AD required that the furnishings of the tomb reflect this need. Painted ceramic masks of guardians, such as this well-preserved pair, demonstrate the high level of expressive sculptural form achieved by artisans of the period.

This pair of gray pottery burial masks, in the form of fantastic lions, are depicted with their eyes wide open under prominent eyebrows, flaring nostrils, and bared teeth with large protruding incisors, which give them a truly fearsome appearance. Since its introduction to China as a tribute gift, the lion was considered a favorite tomb guardian. Pairs of lions were placed at important burial sites. Lion-form guardian figures with similarly fashioned facial features were discovered in a Northern Qi tomb dated to AD 528.

The facial details are finely rendered in applied color. The black, reddish and silver-gray pigments are characteristic of tomb decorations from the area north of Xian, Shaanxi Province. This style of form and decoration was in fashion from the Han period (2nd century AD) through the Qi period (late sixth century AD). There is a minor restoration to the edges of one mask, which is usual for burial ceramics.

In our opinion, the subject matter, workmanship, and physical condition make these masks a scarce and outstanding example of Qi period sculpture.

With fitted pair of acrylic stands.