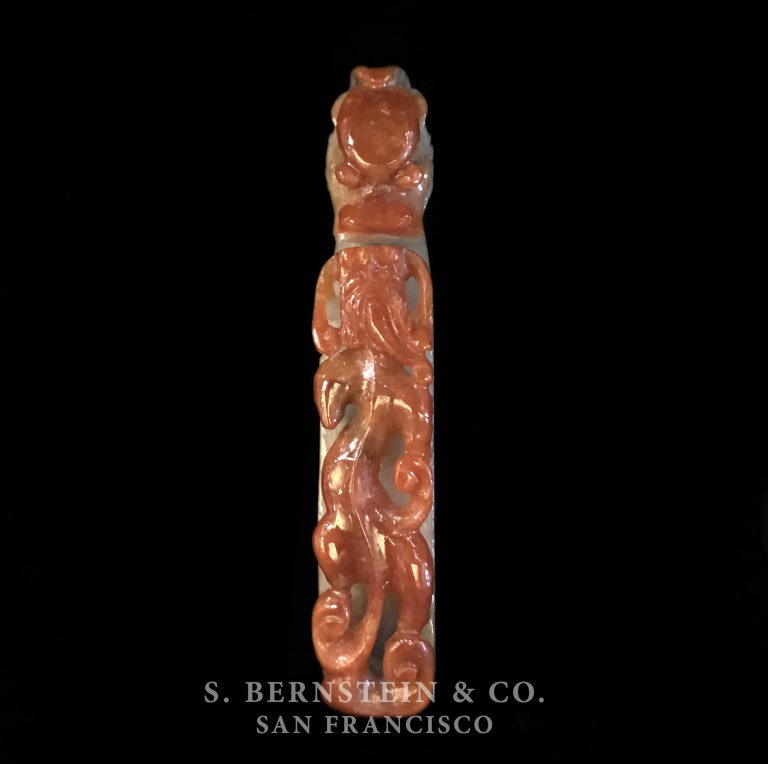 Jade belt hooks such as this were originally designed as utilitarian objects, however by the Qing period they were also enjoyed as prestige objects. Scholars admired them for their beauty and craftsmanship, as well as their archaistic forms, which symbolized continuity with the past. Ownership of this belt hook, worked form fine orange jadeite material, empowered the wearer.

This elegantly worked ornamental belt hook is of orange and white jadeite with green inclusions. The body depicts juvenile dragons of archaistic form with pierced openwork bodies. The hook depicts a larger dragon’s head. The fierce bulging eyes of this beast are set deeply in a furrowed brow with curling eyebrows and carved horns that lie flat against the back of the head. The underside shows squared buttons, which would have been used to fasten the pieces onto a belt. Overall, this zoomorphic belt hook is finished with a smooth and supple polish.

In our opinion, this fine orange jade belt hook, in style and technical mastery, expertly exemplifies jade working of the late Qing dynasty.