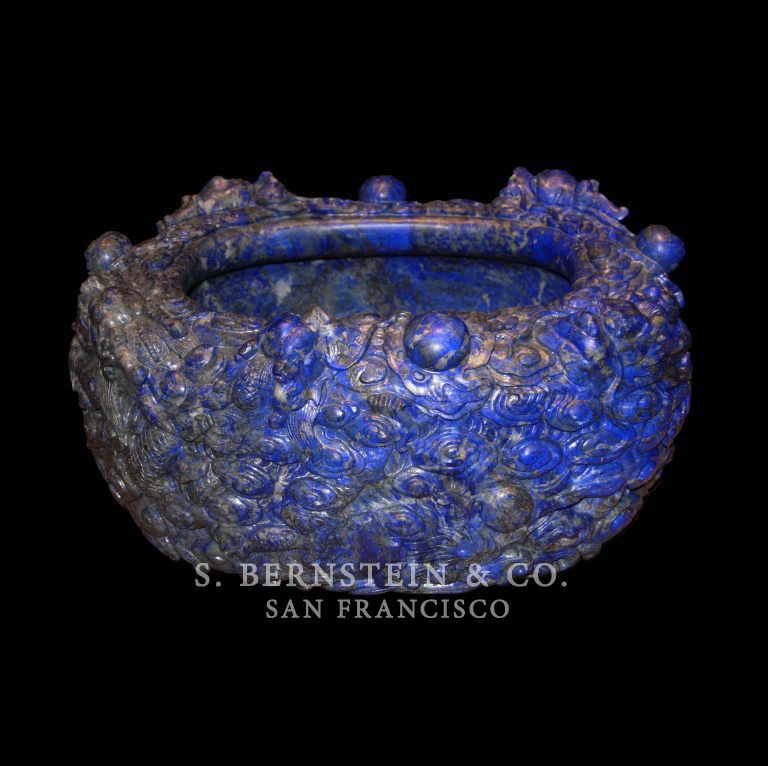 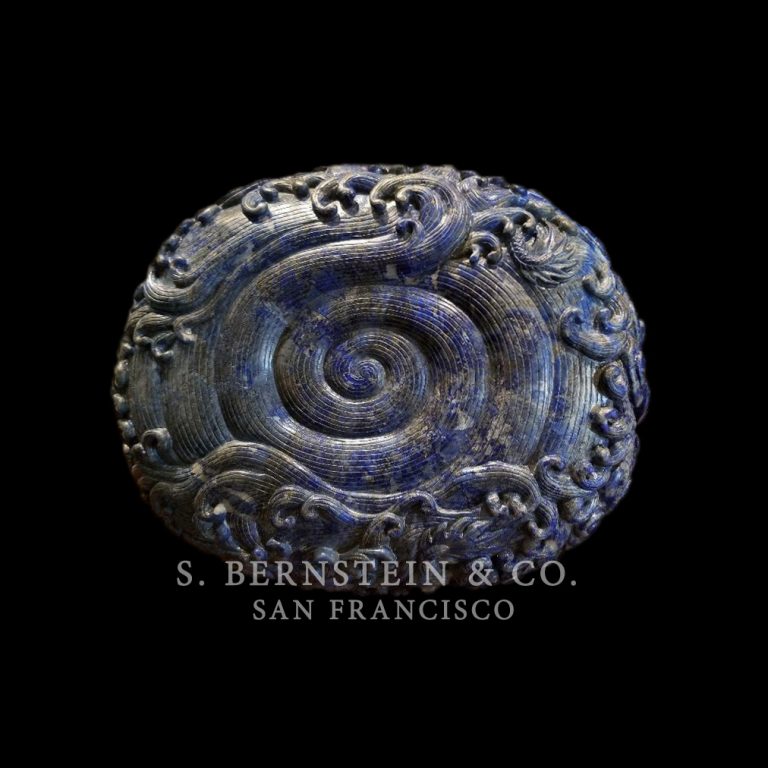 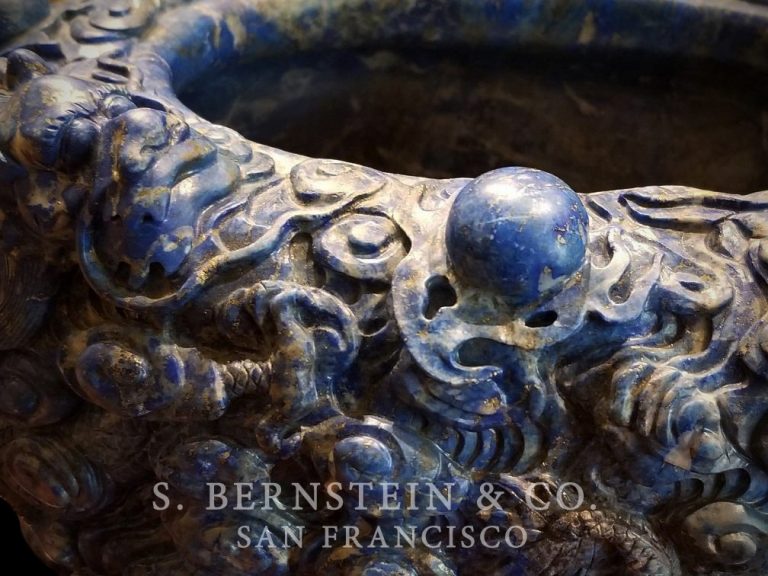 The present alms bowl is a direct linear descendant of the great nephrite jade bowl of the Yuan dynasty, which resides in the Palace Museum of the Forbidden City in Beijing. James Watt refers to the Yuan large bowl as a prototype for the dragon enhancements. (Han to Ching, New York Ceramic Society, New York, page 22.) Hugh Moss describes a delightful dragon brush washer bowl, which is attributed to the Ming dynasty. He refers to the Yuan dynasty bowl as the derivation of this subject matter (Art of the Scholars Studio, Ceramic Society of Hong Kong, Plate 89, page 122.) The present bowl, rendered from a massive boulder of lapis lazuli, exemplifies elements of technical refinement and adaptation of subject matter, which are unique to this Qing Dynasty archaism. In our opinion, the subject matter, workmanship, size and quality of the lapis material suggests a Qing Dynasty century date for this remarkable work of art.

The iconography of this alms bowl depicts dragons swirling among clouds and waves. Between the dragons are flaming pearls, representing knowledge and success. Thus the dragon (representing the Emperor) achieves possession of the pearl of knowledge and becomes a good ruler in Confucian terms. The underside of the bowl continues the theme of waves, which are elegantly rendered. The overall coloration is of brilliant blue with pyrite markings. The characteristic appearance of the material suggests that the origin of the original lapis lazuli boulder was in the Middle East and hence traveled by trade route to the workshops located in China.

Formerly in a distinguished American collection.

A jade dragon bowl of similar design of the Eighteenth century bearing the Imperial Seal is shown in the Illustrated Catalogue of The Remarkable Collection of the Imperial Prince Kung of China, The American Art Association. New York, 1913. Plate 109.

A jade example, presently in the collection of the Smithsonian Institution and formerly in the Vetlesen Collection, is illustrated in Chinese Jade of Five Centuries, Joan M. Hartman, Rutland, Vermont: Charles E. Tuttle, 1969. Plate 8, page 54.