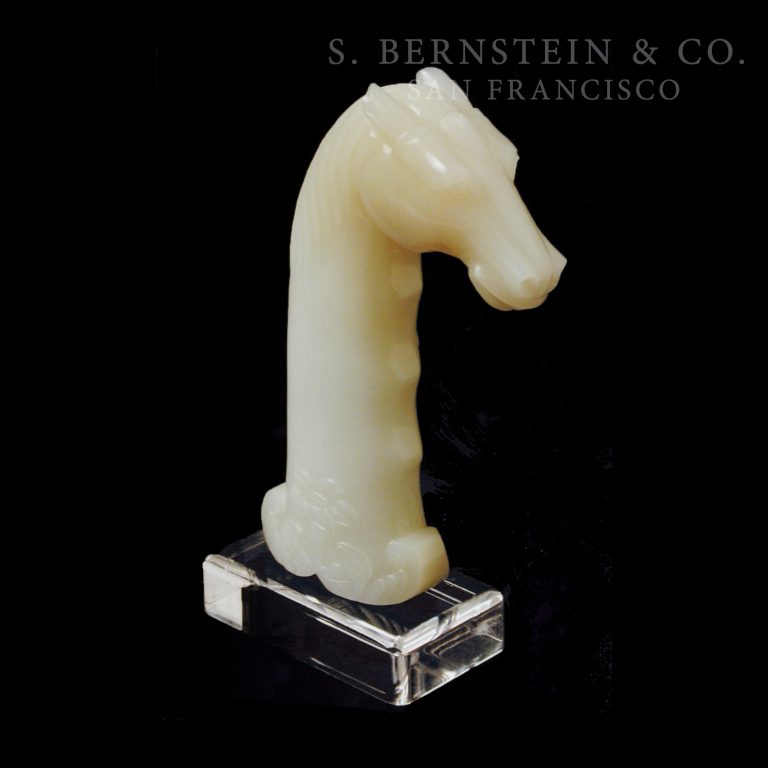 This remarkable dagger hilt in the form of a horse’s head epitomizes the elegance and importance of prestige objects during the eighteenth century. Lively animal sculpture in jade was a staple of Indian Mughal art, which influenced the Chinese Court. The Qianlong Emperor was fascinated by the artistry of Indian jade craftsmen and exhorted his jade artisans to emulate the foreign forms.

A fine dagger at the belt, accessible to the hand and eye, was aesthetically satisfying as well as necessary. A fine dagger handle readily indicated the individuals rank at Court. The best examples were produced within the Imperial ateliers.

This example is rendered from an even, white boulder of jade from Xinjiang Autonomous Region in the far western reaches of the Empire. The size of the boulder allowed for the rendering of a hilt with delightful proportions. The working of the head, eyes and hair is masterful. The subject matter, workmanship and material, in our opinion, suggests an eighteenth century date for this work of art.