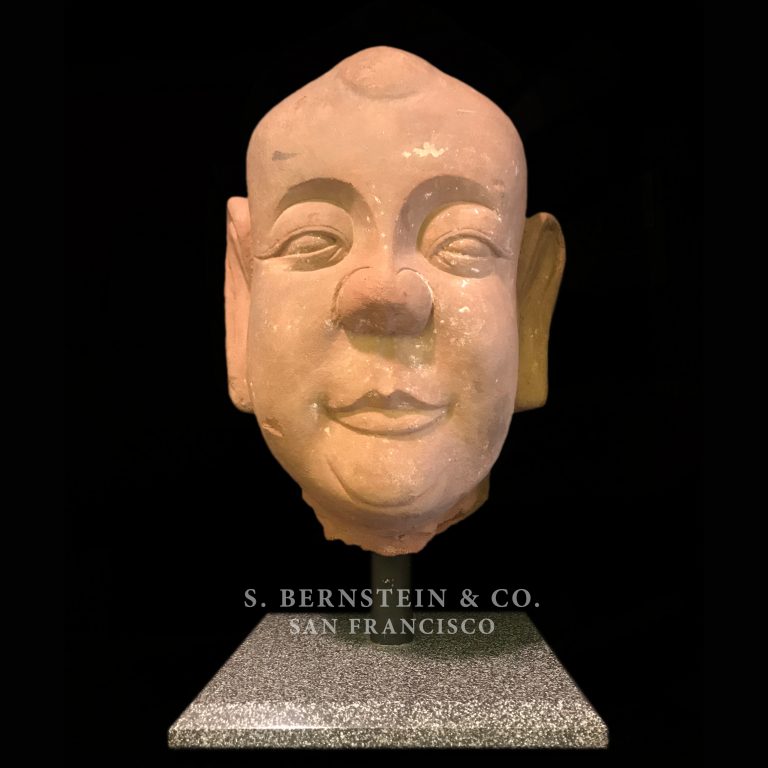 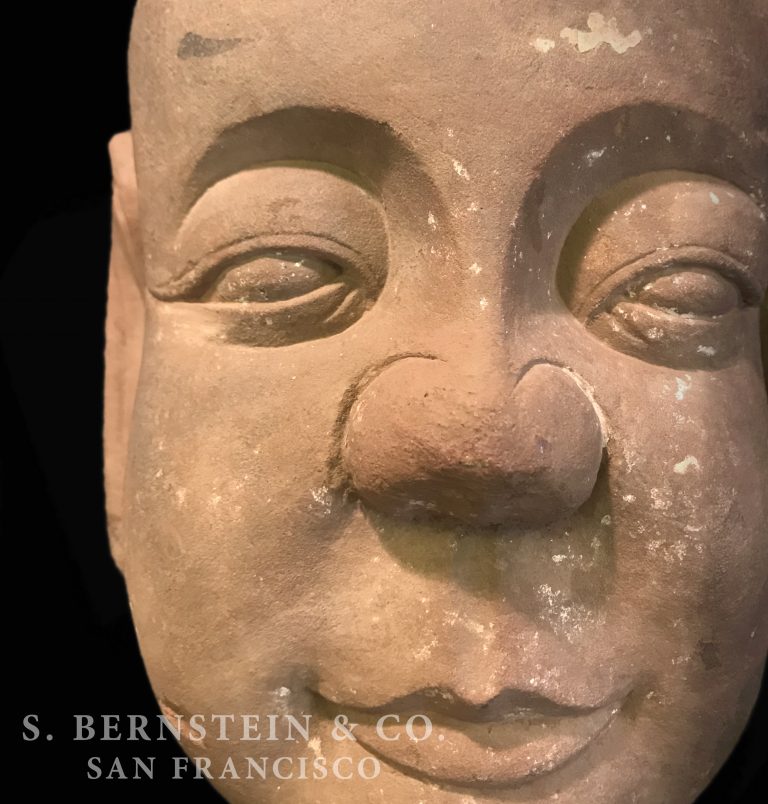 After the arrival of Buddhism in China, Chinese sculpture became synonymous with Buddhist sculpture. Chinese Buddhist sculpture was based upon a set of beliefs that were well defined and served a religious purpose comparable to that of the Indian art from which it was inspired. This head of Lohan rendered in sandstone reflects the level of development in form of Buddhist sculpture achieved by Song period artists. The Lohan’s eyes, under lightly arched eyebrows, are cast downward. The pendulous ears and enlarged knob on the head complete the signifiers of a Lohan figure. Song dynasty artists placed an emphasis on a natural and lifelike depiction of the human subject matter. Art historians speculate that such realistic sculptures may have reproduced the actual facial features of famous living monks of the era. In our opinion, the subject matter, workmanship and physical condition of this Lohan make it an outstanding example of Song period sculpture.

Condition: Minor repairs to ears and other areas of the head, as usual.

See the discussion of sculpture under the Sui to Song dynasties in Chinese Art, Vol. I, by Daisy Lion-Goldschmidt and Jean-Claude Moreau-Gobard, Rizzoli: New York, 1980, pp. 139-145.