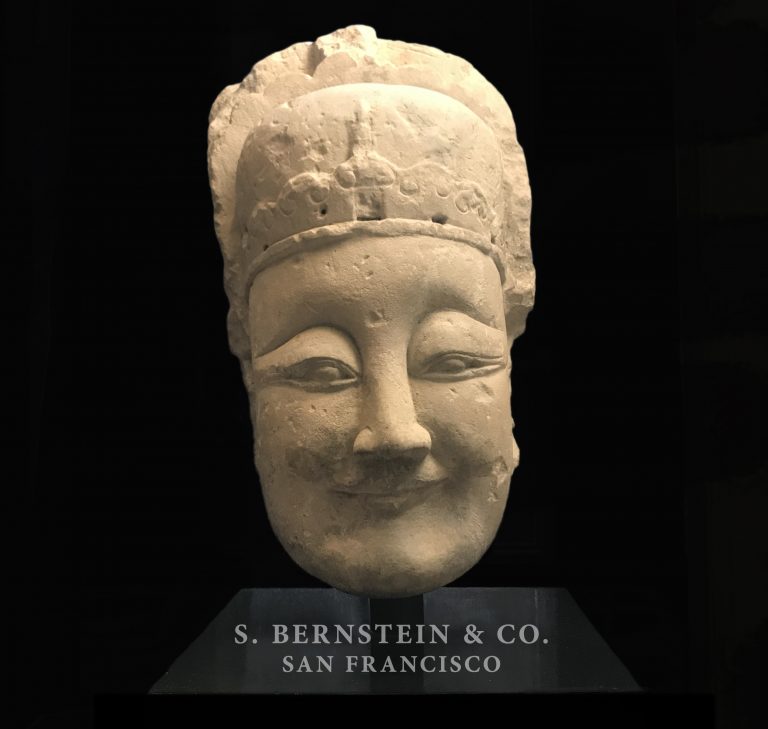 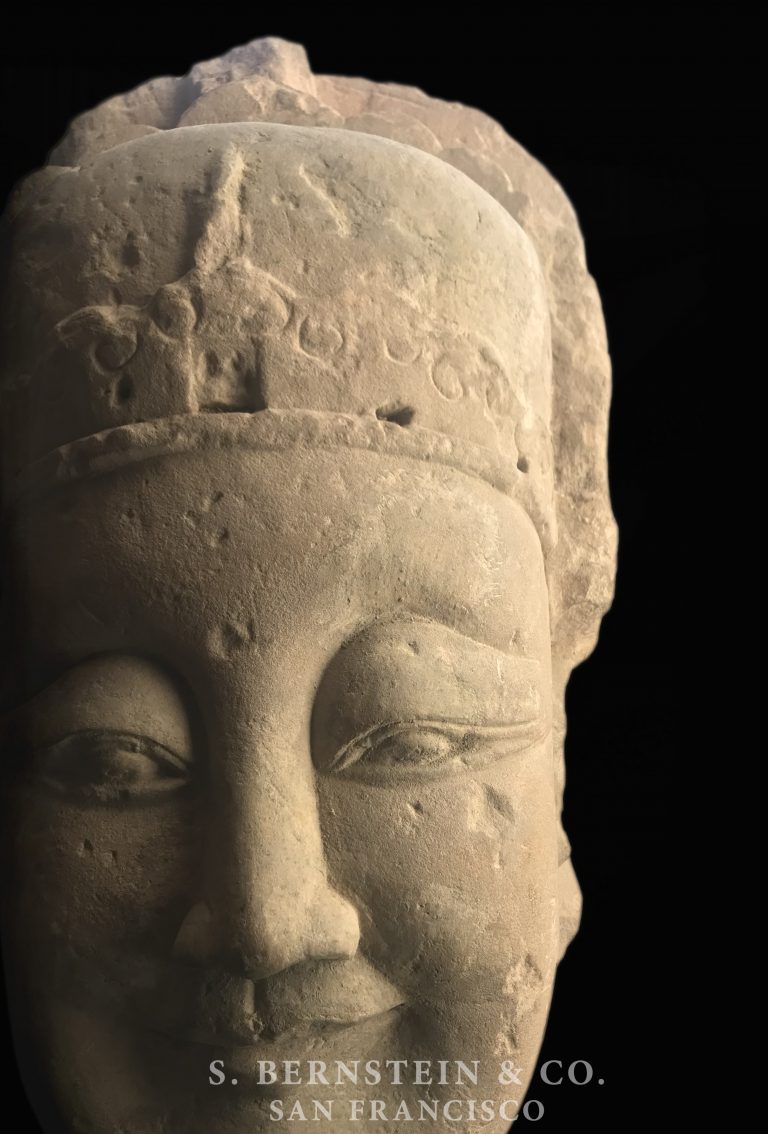 This remarkable head of a foreign envoy, depicting a Liao dignitary, represents a strong and ancient tradition of monumental sculpture known as spirit road statuary. Spirit road refers to stone figures and monuments lining the approach to an important tomb. Recent Chinese archaeological research has shown close links between state ritual and imperial tomb architecture, including the spirit road. The spirit road in its form and artistic content recalls much about the nature, beliefs and aspirations of the dynasty which erected it.

During the Northern Song period, the Chinese attitude towards stone sculpture was influenced by an ancient belief in the inherent power of the image to bring about that which it represented or symbolized. The use of stone was an attempt to demonstrate the immortality of the image. This powerfully rendered head was intended to create an image of the virtues and demeanor of respect for the imperial tomb occupant. The role of this foreign head was to represent the “foreign-ness” in contrast to depictions of Chinese officials.

This sculpture represents the head of a foreign envoy, possibly a Liao dignitary seen with intense expression. A tall ceremonial hat shows floral rings on either side and a central medallion with leaves. Each ear lobe is pierced with a large circular earring. The reverse of the head shows two streamers resting on the back of the head. The surface of the stone is weathered and the lines have softened. The intense and serious gaze remains fixed and would have cast the appropriate image on the spirit road. There is chipping to the nose, which is usual in sculpture of this type and use. The head was hewn from a large block of stone and probably worked near the site where it was intended to be placed. Northern Song artists worked around the block of stone. Starting at the top, the design was first drawn, then roughly chiseled on the four sides. Finally the statue was sanded, polished with sand or soft stone and water. When finished, the sculpture was erected in its final position by pulley.

This head may be compared to existing examples located in the Imperial tomb of Emperor Songzhengzhong (c. A.D. 1022). Identification as an envoy is based on the assumption that figures were intended to represent countries with which China had a regular exchange of embassies. Also, spirit road envoys were placed according to the importance of the country represented. The convention was that China remained the Central Kingdom and envoys were chosen to represent the different compass points. According to this pecking order, a Liao dignitary would have the place of honor in the spirit road. The type of headdress of this impressive head suggests a Liao identity because the headdress type is identical to one excavated in a Liao tomb previously.

In our opinion, the scale, workmanship, subject matter and physical condition make this an outstanding sculptural work of the Northern Song period.

Mounted on solid steel display base.

Subject to prior sale.