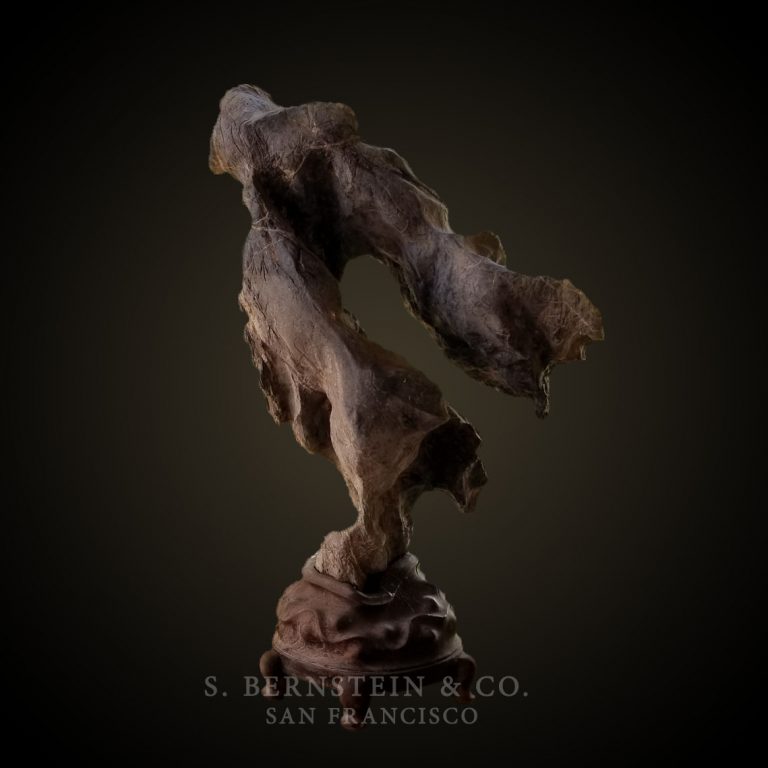 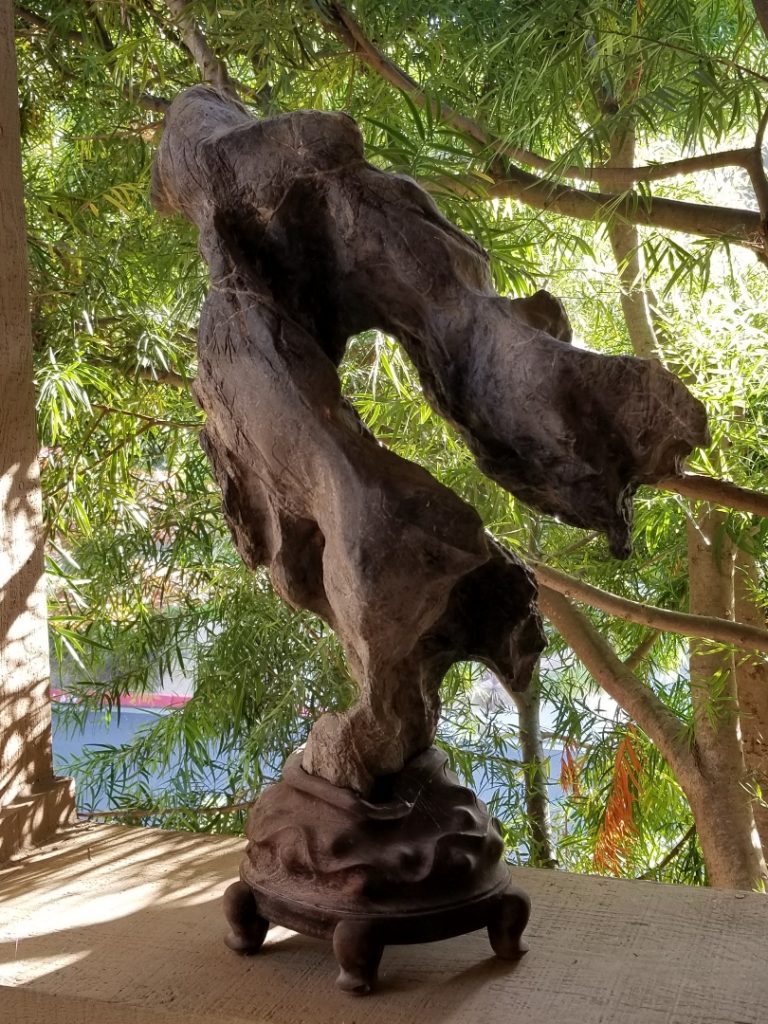 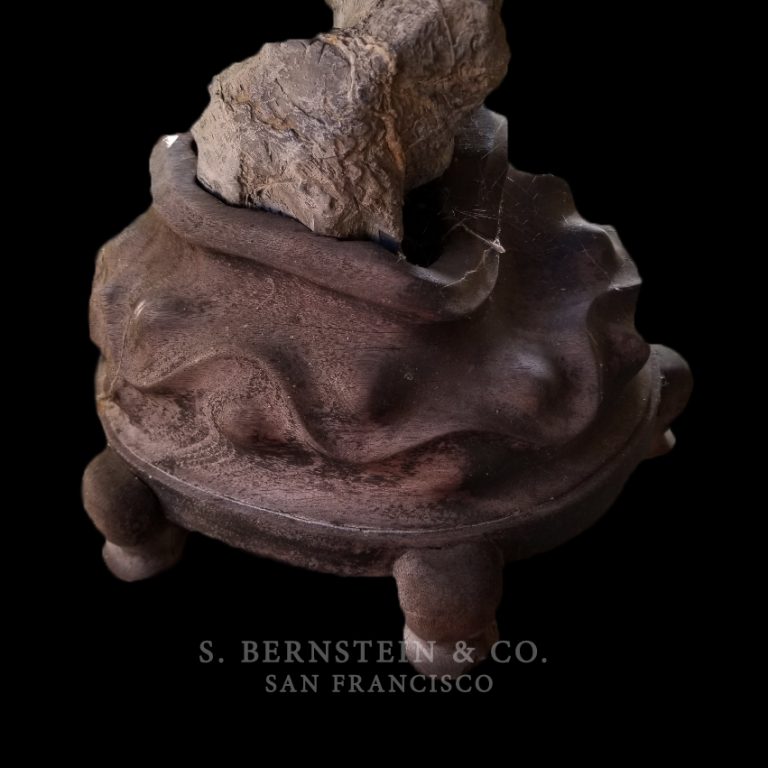 Chinese scholars have always considered rocks to be of the same essence as Nature, and thus symbolic of the macrocosm. Mountains, rocks, and their miniature versions placed in a studio have served as a source of inspiration and meditation. From them, originated minerals closely associated with the search for immortality. Mountain imagery is a central theme in Buddhist art; the Immortals themselves lived in the mountains. Chinese folklore is endowed with tales of haunted stones and rocks associated with dragons, devils and gods. In such an environment, a special place was held by natural stones and boulders of unusual shapes, known as guaishi. These objects have especially fascinated scholars as manifestations of the artistry and mysteries of Nature.

The present stone is known as type referred to as Lingbi. Lingbi rocks, or fantastic stones, are shaped by the elements and represent elegant natural beauty.  They are thought to possess the special forces of both heaven and earth, the sun and the moon in a natural brilliance.  These rocks are highly treasured and have been given in tribute since the Song Dynasty.  Traditionally, lingbi rocks possess these three characteristics.  First, the color is distinct and pleasing.  Second, when struck a lingbi will produce sound like a chime, this is a characteristic unique to the lingbi.  And third, the form isexquisite with ridges or winding holes, but without additional carvings.

Fergus M. Bordewich, author of Cathay, A Journey in Search of Old China states, “Connoisseurs collected grotesque stones the way others did fine jade and calligraphy; rare specimens fetched such enormous prices that buyers had to be warned against forgeries. Petromaniacs valued rocks for their wild hollows and craggy outlines that suggested clouds, mist, or the primal surge of the Tao, and they read handbooks that told them how to mount fine specimens so that they seemed to ‘fly and dance.’ Beneath all this lay the profounder belief that wildly shaped rocks were a sort of spiritual shorthand for all the mysterious powers of the earth.”

In our opinion, this stone is a fine example of guaishi art in limestone.