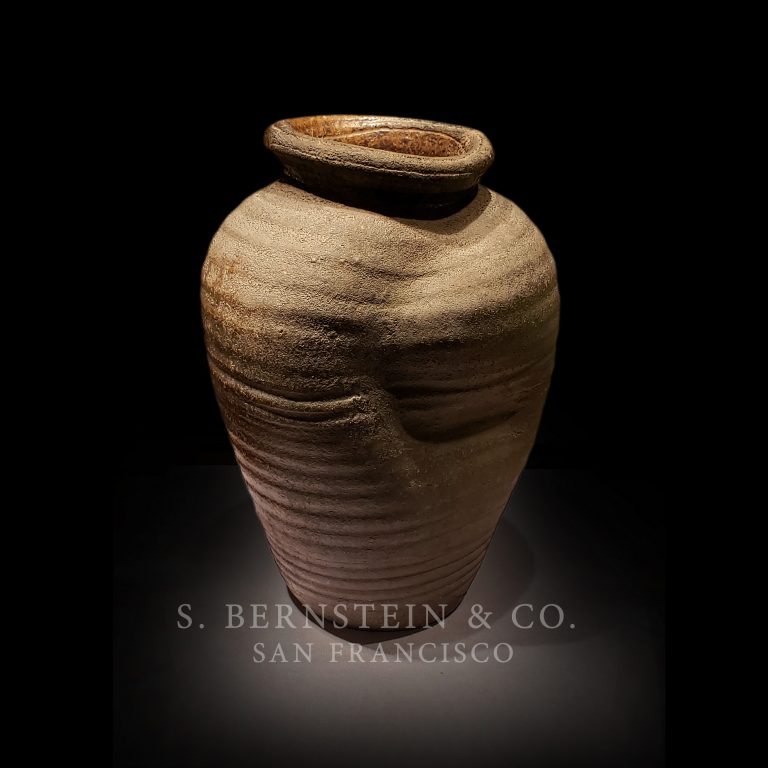 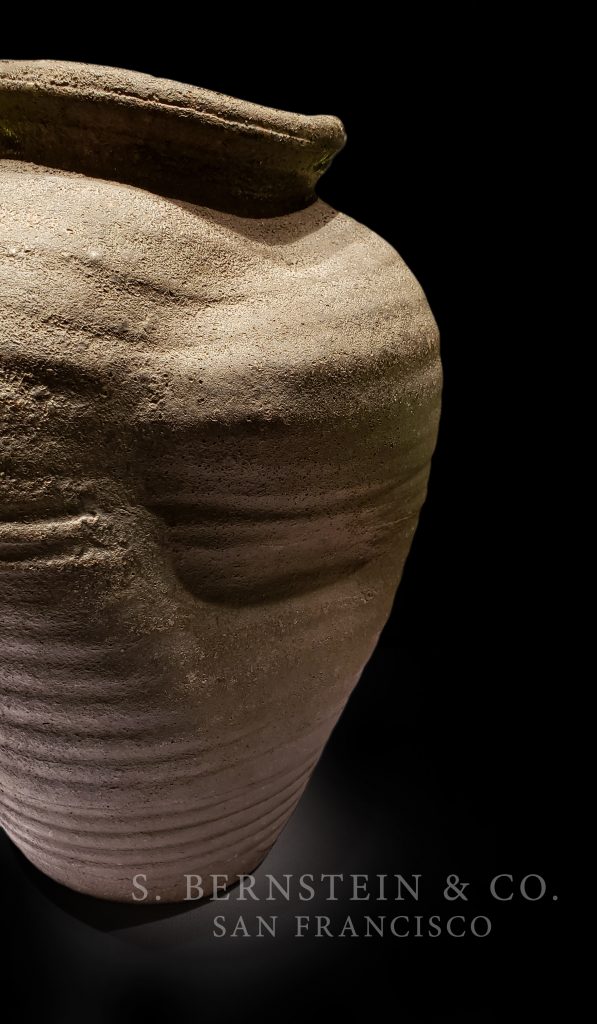 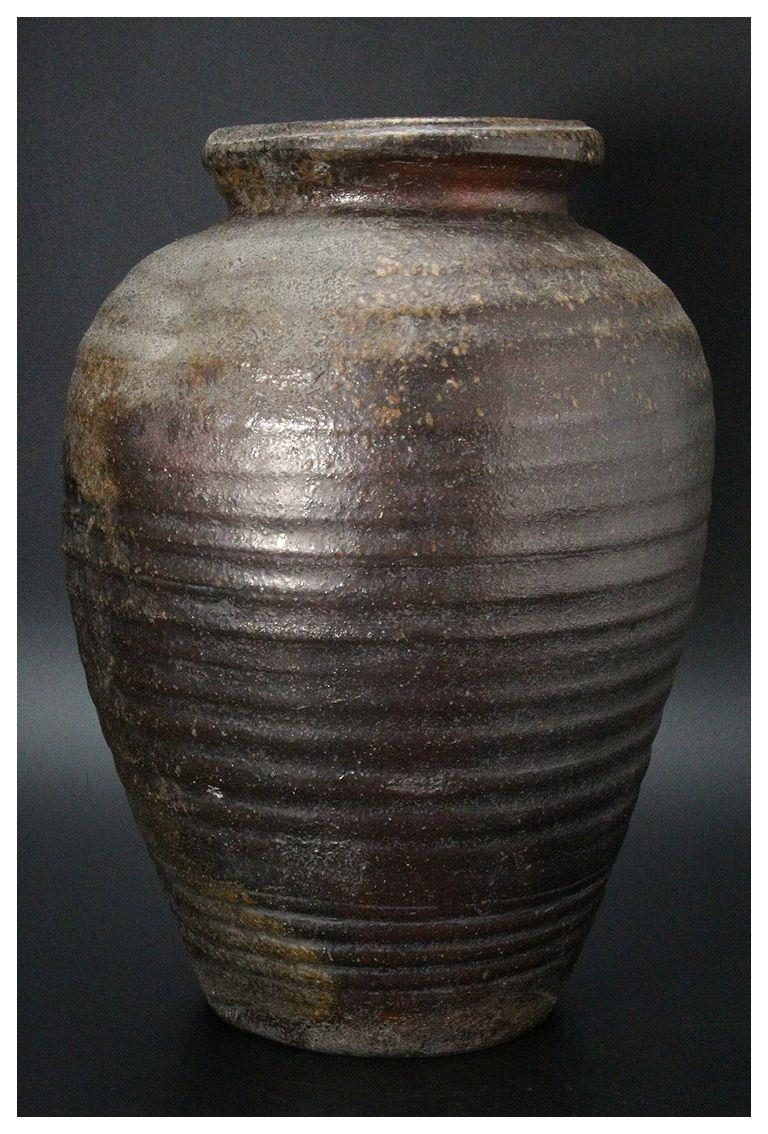 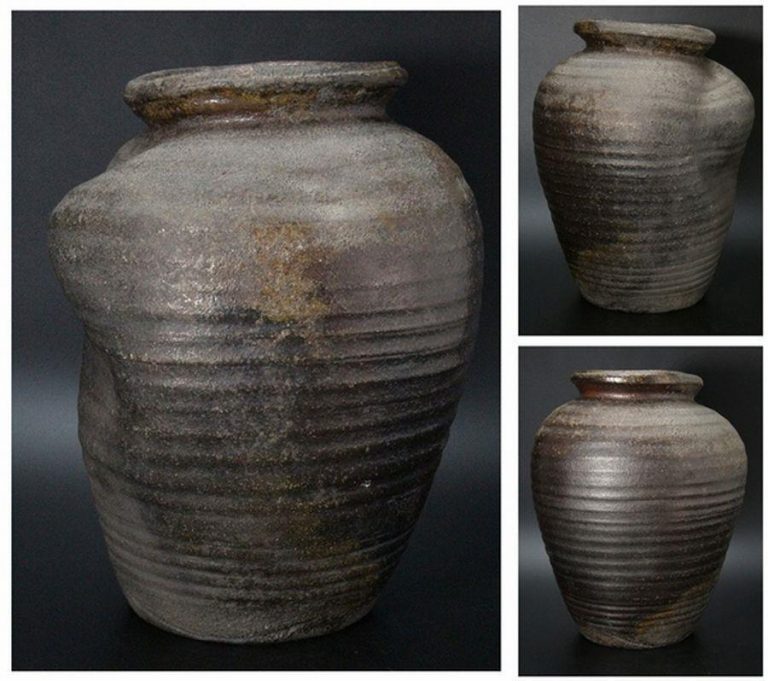 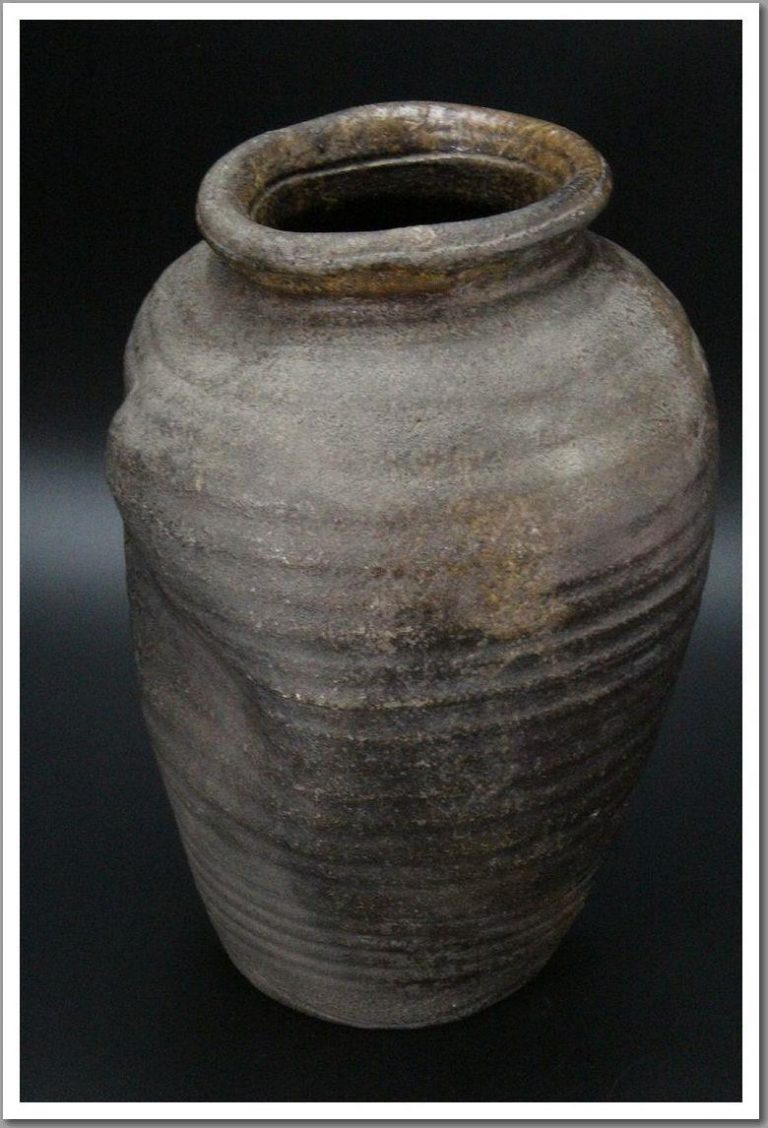 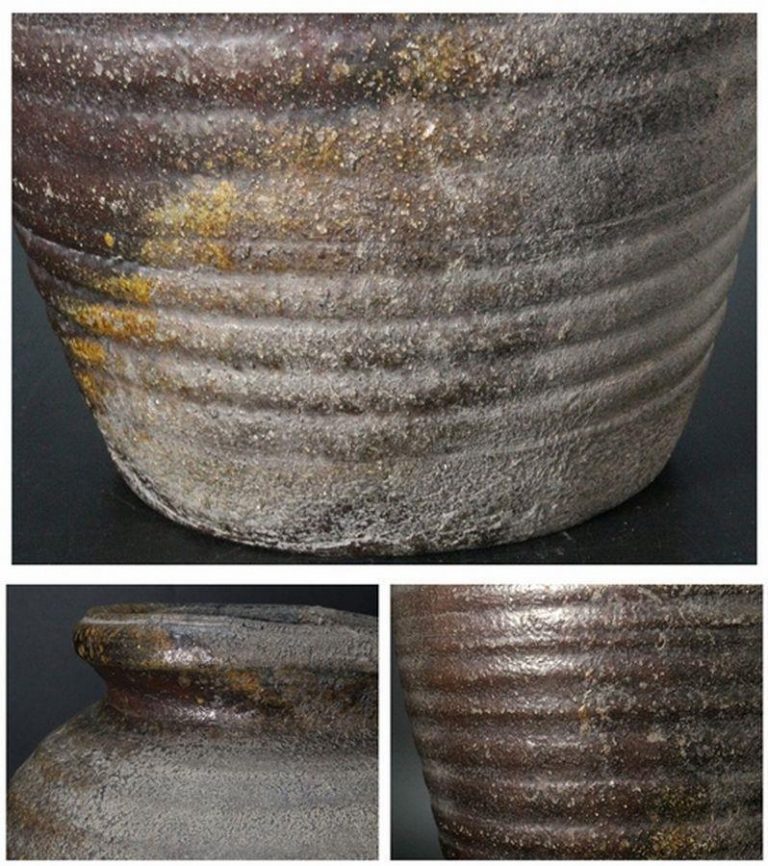 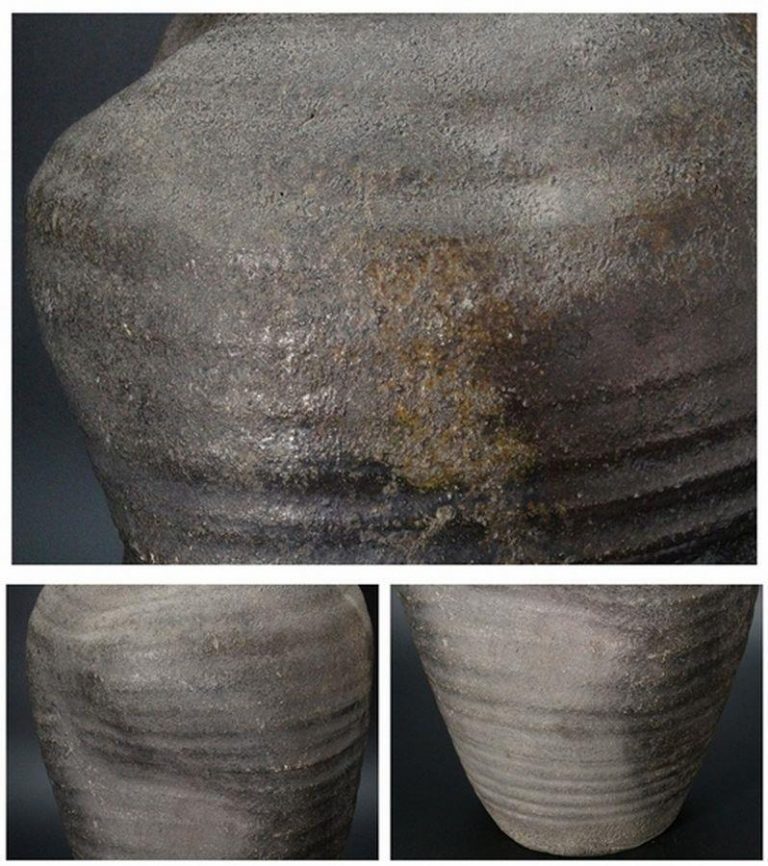 This intentionally distorted shaped Bizen water container epitomizes the grandeur of the Muromachi period of Japanese art. The Muromachi period (1336-1573) while convulsed with war among neighboring clans also witnessed the emergence of great art. Noh Theater, Japanese gardens, flower arrangement, ink painting, shoin-zukuri architecture and the tea ceremony flourished during this period. Wealthy and powerful samurai and political elites vied to own the rarest examples of art.

This Bizen kiln example, which played a role in tea ceremony and flower arranging during the period, shows a characteristically strong uneven surface caused by handling at the kiln and the use of both wood and coal during the firing process. The rolled mouth opening is a characteristic of late Muromachi period Bizen ceramics as is the rough varying surface of the vessel. The surface texture is consistent with excavated pottery fragments recovered from the ancient Bizen kiln area. In our opinion, the subject matter, material and workmanship suggest a Muromachi period Sixteenth century date for this work of art. By the way, this is one of my favorite pieces of Old Bizen pottery from the beginning age of the Tea Ceremony.

From the Aoki Family Collection, Japan

For an interesting account of the Muromachi period and the evolution of the collecting aesthetic see Yoshimasa and the Silver Pavilion, The Creation of the Soul of Japan. Donald Keene. Columbia University Press. New York. 2003