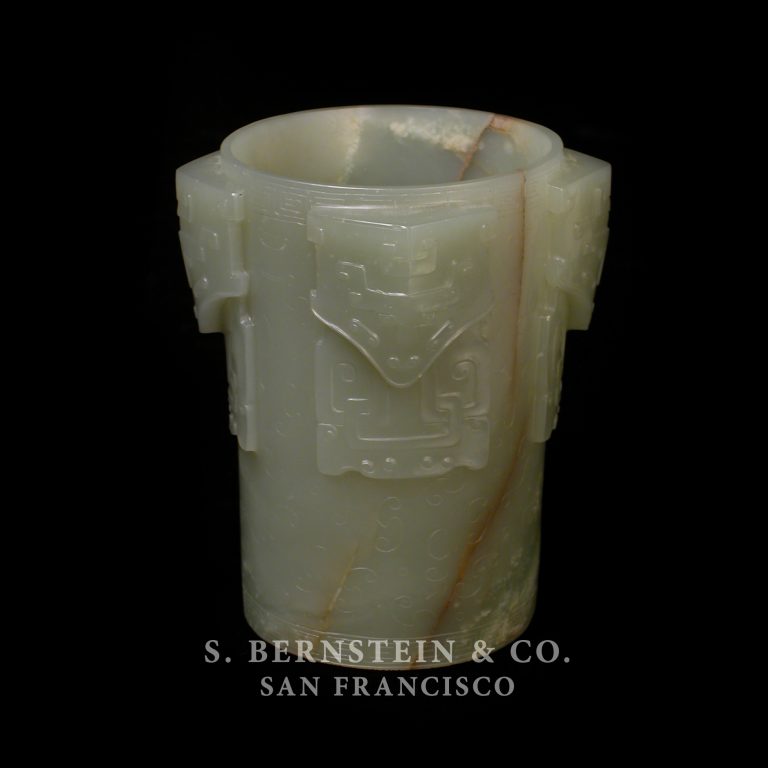 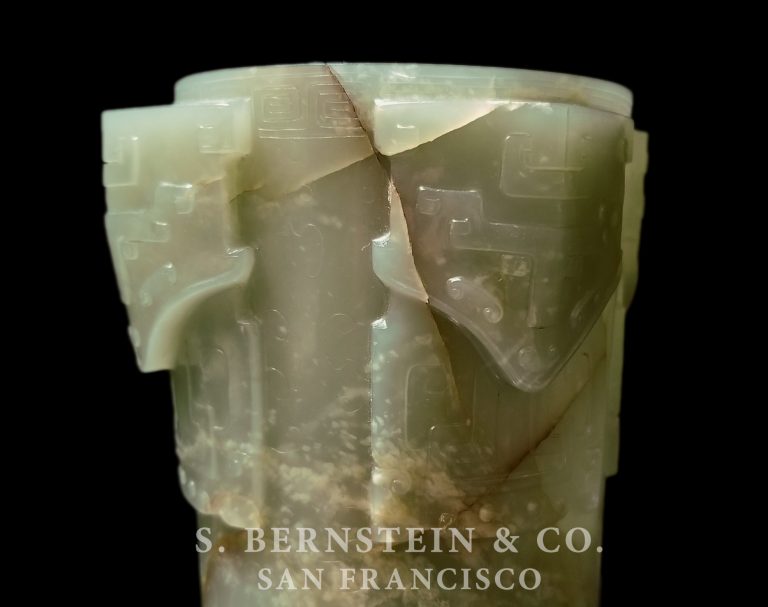 This cong is an intriguing example of archaistic tradition (fanggu). The antiquarian spirit that inspired the scholars and the court during the Song (960-1279) and Ming (1368-1644) dynasties, was revitalized forcefully during the Eighteenth century. Under the auspices of Emperor Qianlong (1736-1795), who urged the Imperial workshops to follow the styles and specifications recorded in ancient catalogs, the artists created works of art which reinterpreted ancient forms and motifs according to Eighteenth century sensibilities.

This cong has been inspired by examples which modern archaeologists date to Liangzhu culture (c. 3400-2250 BC), a fact unknown in the eighteenth century. Interestingly, Emperor Qianlong, known for his connoisseurship, was probably the first scholar who suggested that cong tubes were much older than it was believed at the time. Since the artist who created this cong based the design on woodblock prints and worked it according to contemporary conventions, this object bears only formal resemblance to Neolithic prototypes.

While the exact meaning or religious use of the cong is uncertain, its physical and stylistic elements are specific and unvaried. As can be seen in this example, the cong is of rectangular shape, square on the outside and circular on the inside with the circular and square elements superbly integrated. From top to bottom the form narrows in a gentle taper, larger on the top than the bottom. The corners are marked by four tao tieh masks. The faces are rendered in a bold archaistic style. The beautiful celadon-colored nephrite is banded by a swirl of russet, a popular color scheme among Liangzhu jades. The piece is superbly polished, typical of Eighteenth century jades. In our opinion, the material, subject matter and craftsmanship suggest an eighteenth century date for this work of art.