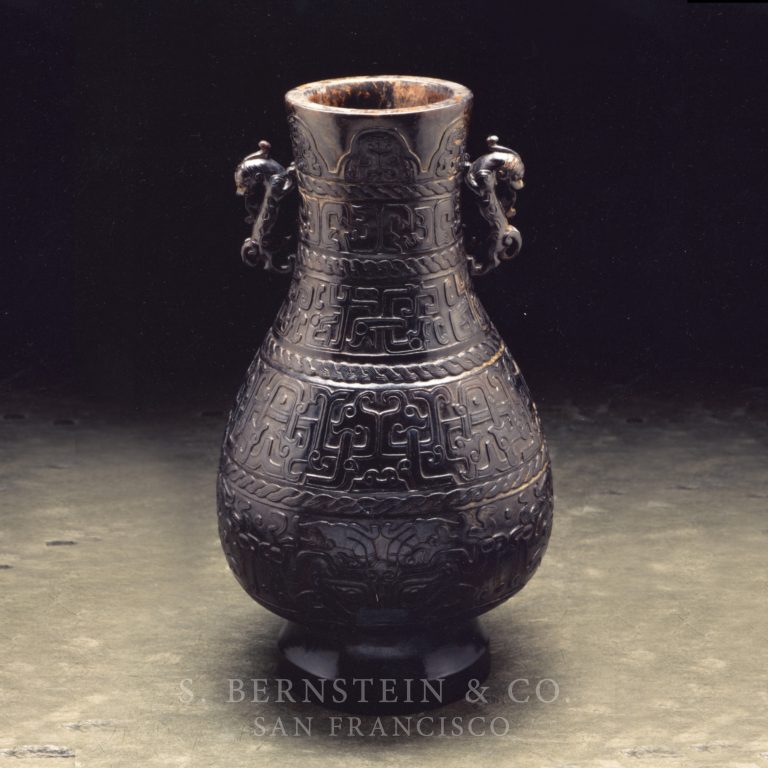 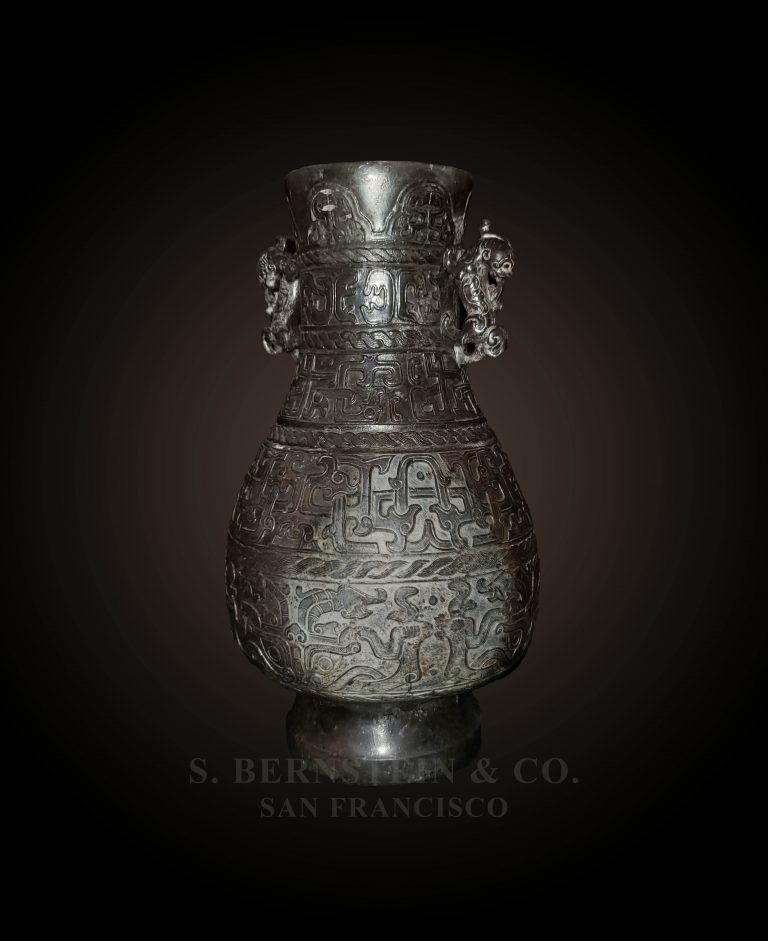 This tall and elegant hu form jade vase is an example of the Eighteenth century appreciation of ancient forms, or fanggu. The form is based upon a bronze form vessel of the Warring States period. Vessels of this period are typically rendered with intricate designs embellishing the surface. This Eighteenth century interpretation incorporates the form and design elements of the ancient forms and adds subtle mythical beast form handles.

The original grey-black coloration of jade stone has been enhanced to emulate its bronze prototype. Archaistic form jades of the Ming and Qing periods were frequently enhanced in coloration for aesthetic reasons. This hu-form vessel is representative of the popular style of fanggu, or emulation of ancient forms. Elements inspired by bronze works of art include the hu form, border patterns and the distinct and separate design of each section. The decorative motifs of the stylized dragon handles are distinctly eighteenth century in manner. In our opinion, this vase is a superb example of Late Eighteenth century jade in terms of material, design, and workmanship.

Formerly in a Distinguished American Collection

See a bronze hu of the Eastern Zhou Period (770-220 BC) with very similar surface design pictured in The Great Bronze Age of China: An Exhibition from the People’s Republic of China. Wen Fong, ed. New York: The Metropolitan Museum of Art, 1980. Page 69, plate 69.