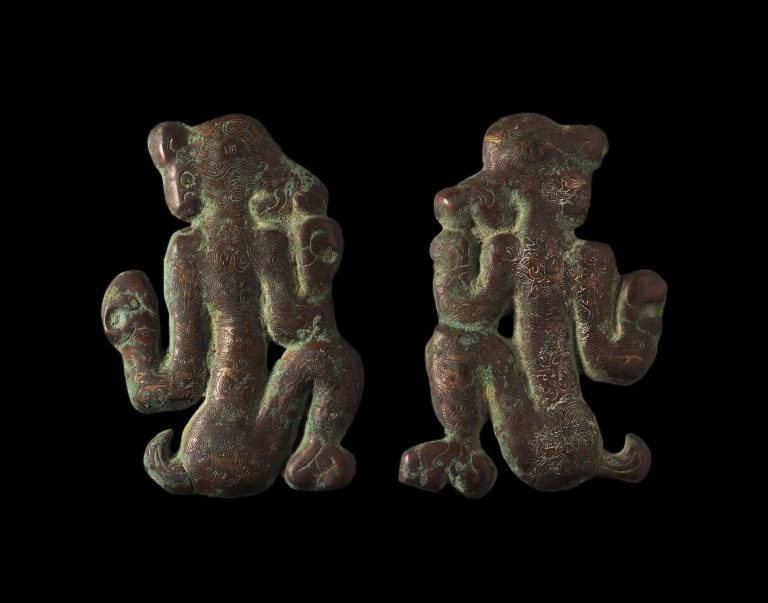 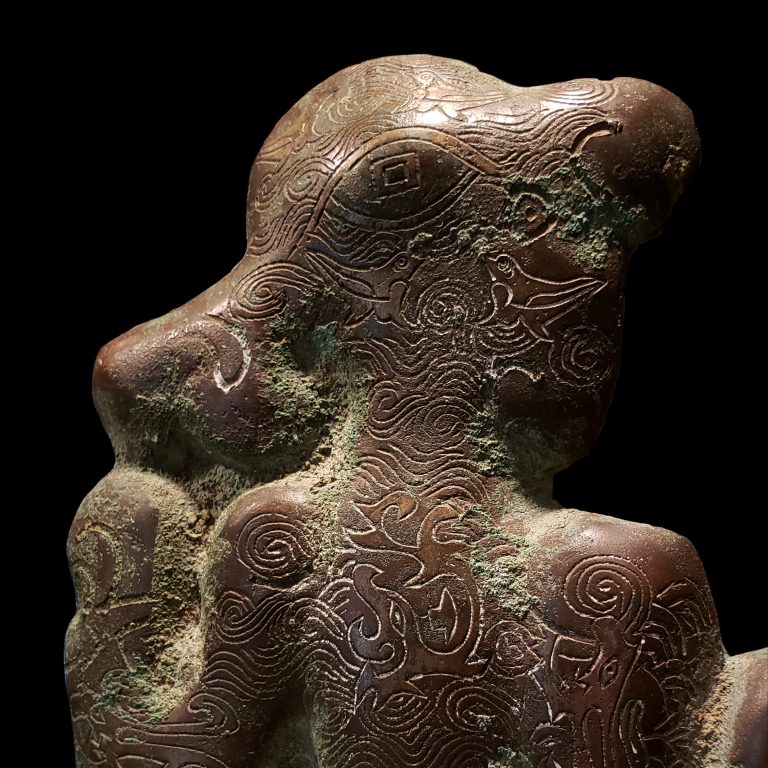 This pair of cast bronze figures reflects the Eastern Han period belief in fabulous spirits which served as omens for present or future actions. The pair are depicted as seated, two handed, two legged bodies with elongated heads. Both face each other with one eye wide open. The surface shows densely woven shapes with zoomorphic designs including fabulous headed birds and an early form of dragon of almost elongated serpent like form. This form of dragon body evolves from an earlier tradition, and makes its appearance during the latter Han period. The surface designs are intricate shapes which are well integrated and must have placed high demands on the artists of this period. These intense designs and level of workmanship indicate these were considered luxury goods for the period intended to appeal to aristocratic taste.

In our opinion, the subject matter, physical criteria and placement of the calligraphy on these plaques are consistent with an Eastern Han period date.