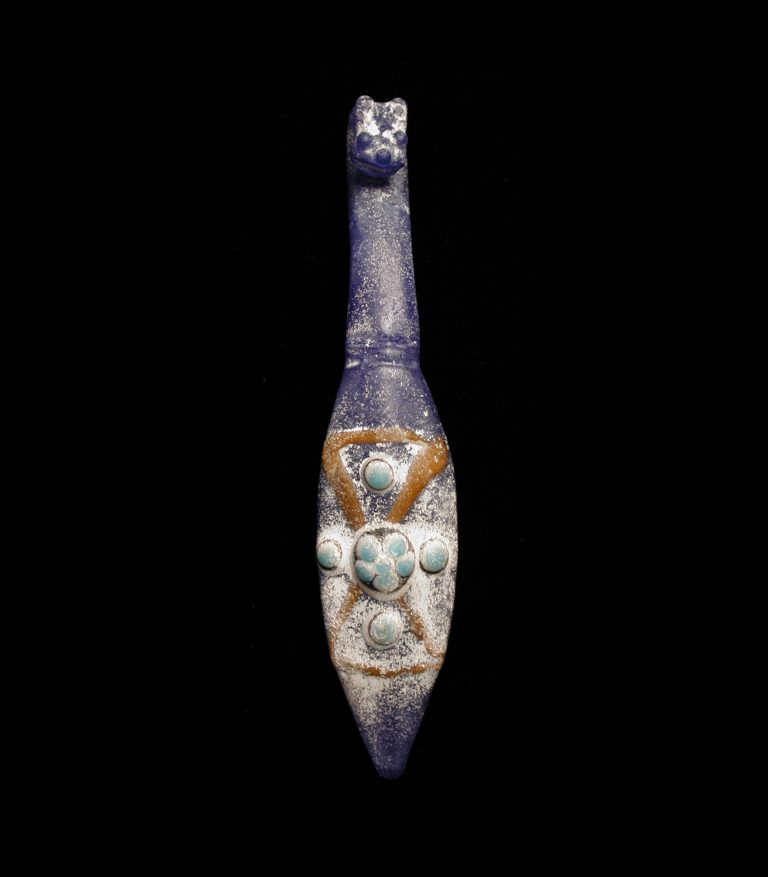 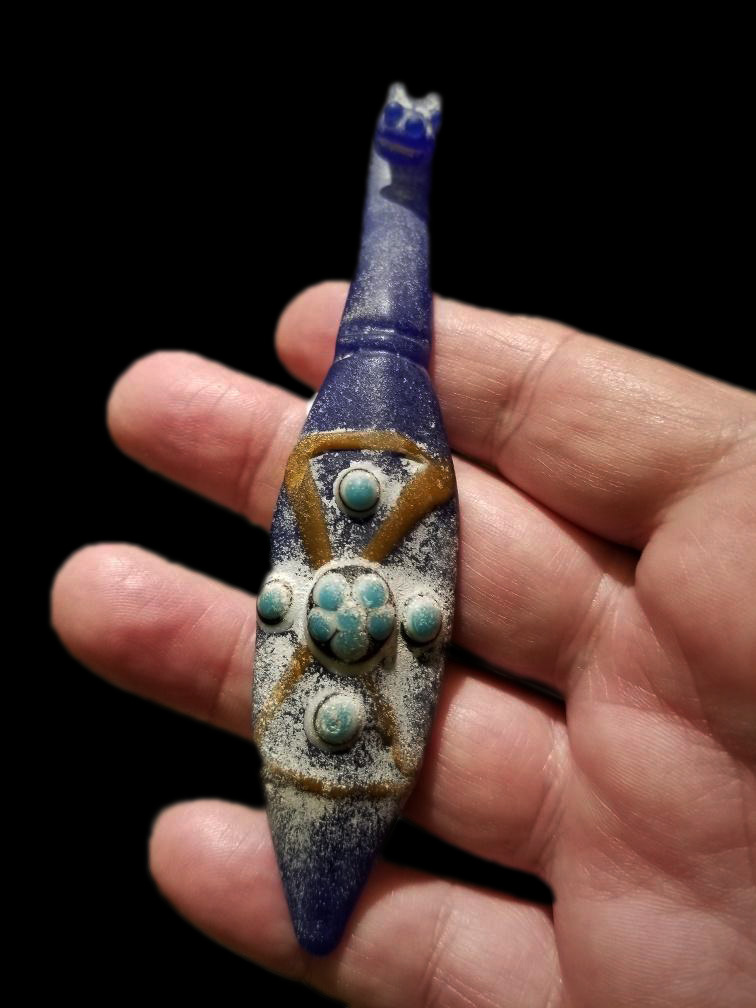 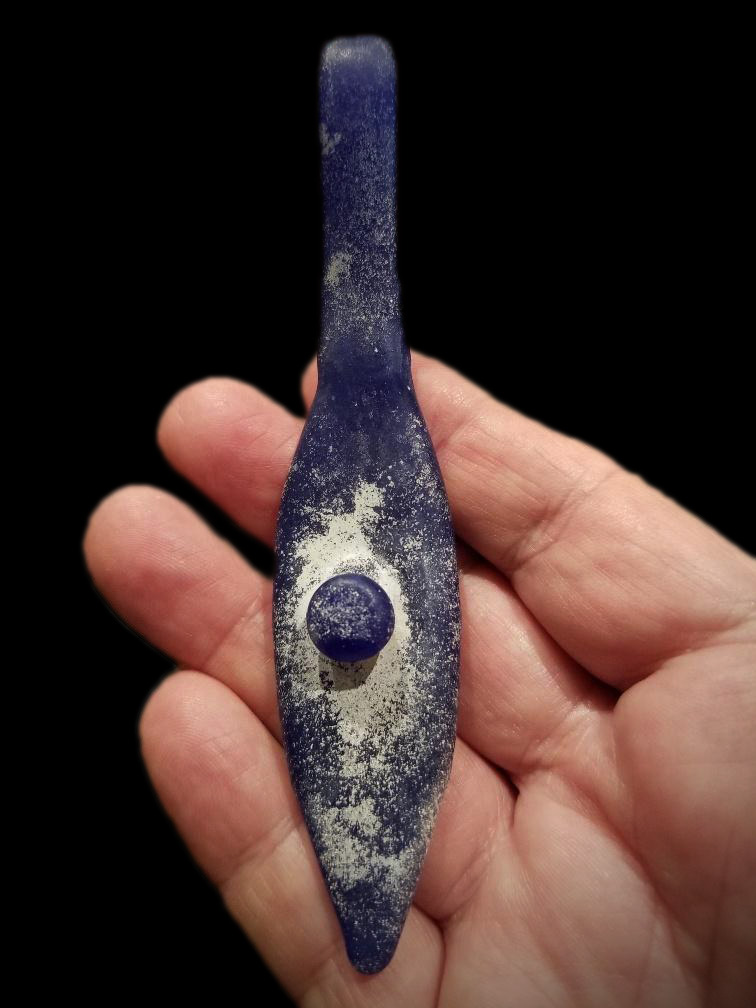 By the Warring States period, glass was already integrated into the fabrication of objects usually reserved exclusively for jade. As a period of innovation amidst great political and economic upheaval, artists of the period were intrigued with the versatility of glass. It could be manipulated easily and cast into a wide variety of shapes. In the working of jade, the artist was limited by the actual size and coloration of the boulder. This placed severe limitations upon the artists of the period. Another advantage of glass is that it could be colored by varying the formula of the chemical composition of the mix. This may be one significant reason why early Chinese glass has such high barium and lead content in its makeup. The inclusion of these two ingredients was necessary for stabilizing the function of lime or the fluxing function of an alkali. The intent was to produce a metallic appearance, and barium produced a certain turbidity in the glass that was considered desirable by early Chinese glassmakers.

The exquisitely molded cast belthook illustrates this attempt to recreate the beauty of a metallic belthook in the creation of a status object of the period. The intricate, yet subtle design of this belthook reveals the level of artistic sophistication attained. A protruding stem on the reverse side was intended to attach the fastening hook to a leather belt. The symbolism of a dragon is emblematic of the attainment of success. The polishing steps to decorate the surface follow the casting of the form. The reverse side of this belthook remains plain, except for the presence of a whitish alteration to the surface of the glass which is the result of prolonged burial.

The present belthook consists of a cobalt blue colored molded shaft terminating in a dragon’s head. The body of the shaft is embellished with ten roundels of turquoise colored glass overlays set in a geometric pattern. There is an x-shaped pattern of gold colored glass, which emulates gold inlaid metalwork of the period. The reverse side shows a raised knob for securing the belthook to the leather belt.

The belt hook is in good condition overall, with some alteration to the glass, which is the result of age and chemical interaction from prolonged burial. This process is referred to as devitrification. In this process, the elemental composition that makes up the glass interacts with chemicals in the ground environment and the changes which result from an altered pseudo glass. The results of prolonged burial are random and dependent upon the subtle interaction of the chemicals involved. Unfortunately, there is no set formula to determine the resulting alteration. The altered glass that remains continues to be a man made base. This devitrification, or breakdown, of the glass composition continues at different rates, which are dependent on the burial environment and the original glass chemical composition. In our opinion, the subject matter, workmanship and physical characteristics suggest that this belthook is an excellent example of the glass making art of the Warring States period.

An in-depth study of the chemical analyses of Chinese glass may be found in Chemical Analyses of Early Glass. Robert Brill. Corning Museum of Glass. New York: 1999.