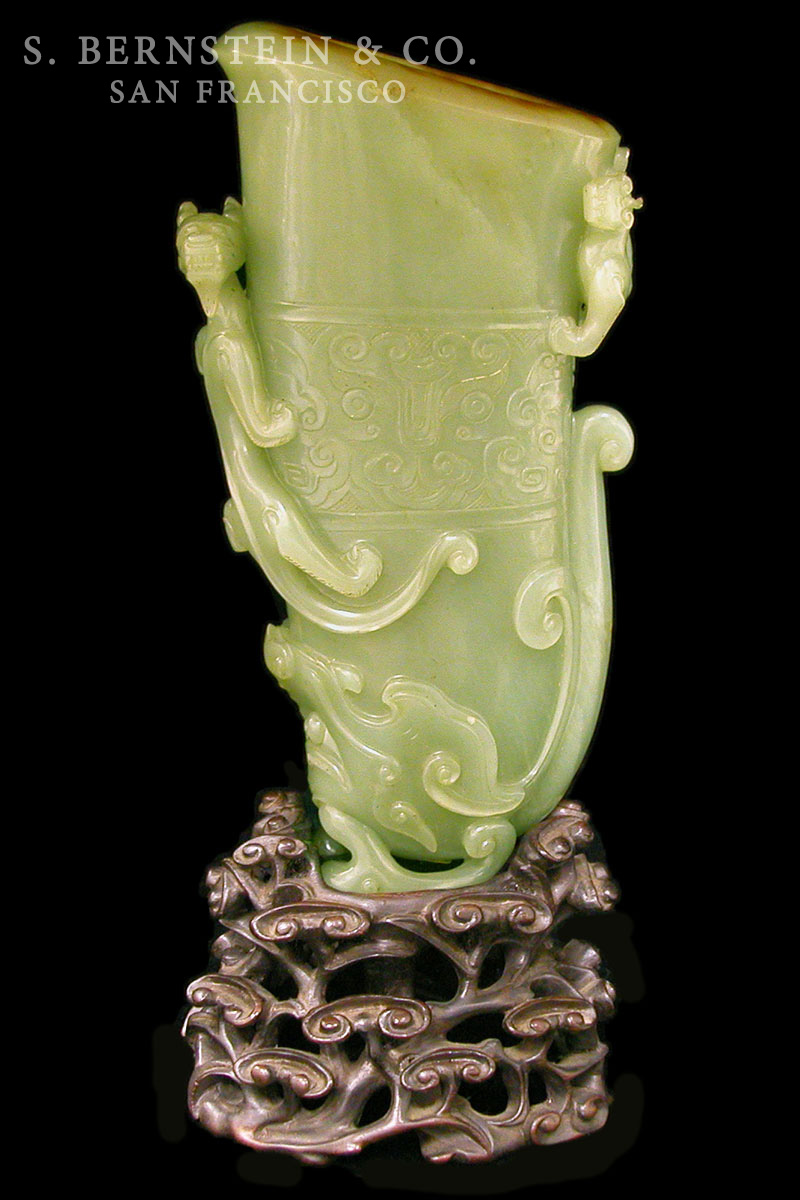 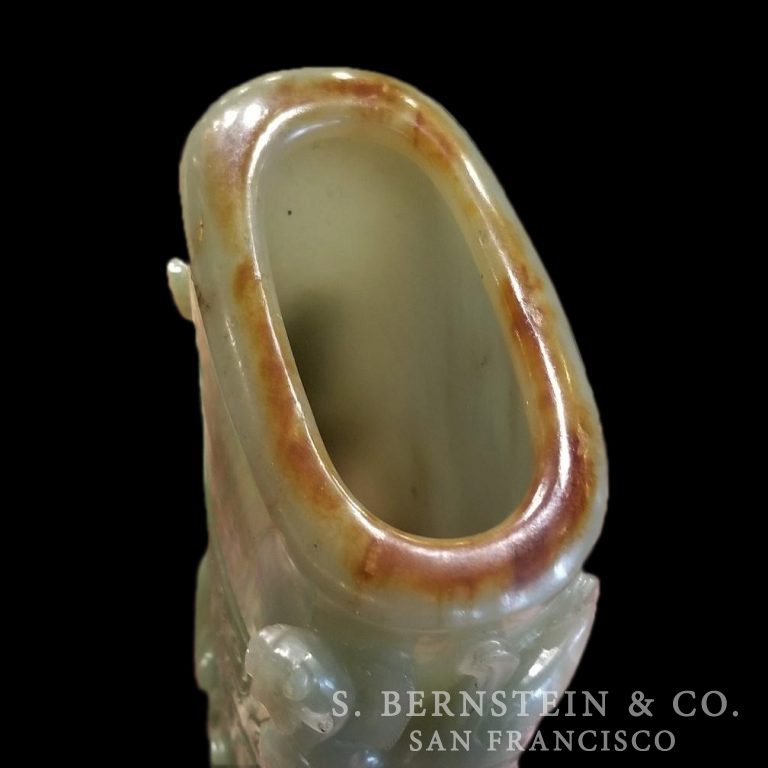 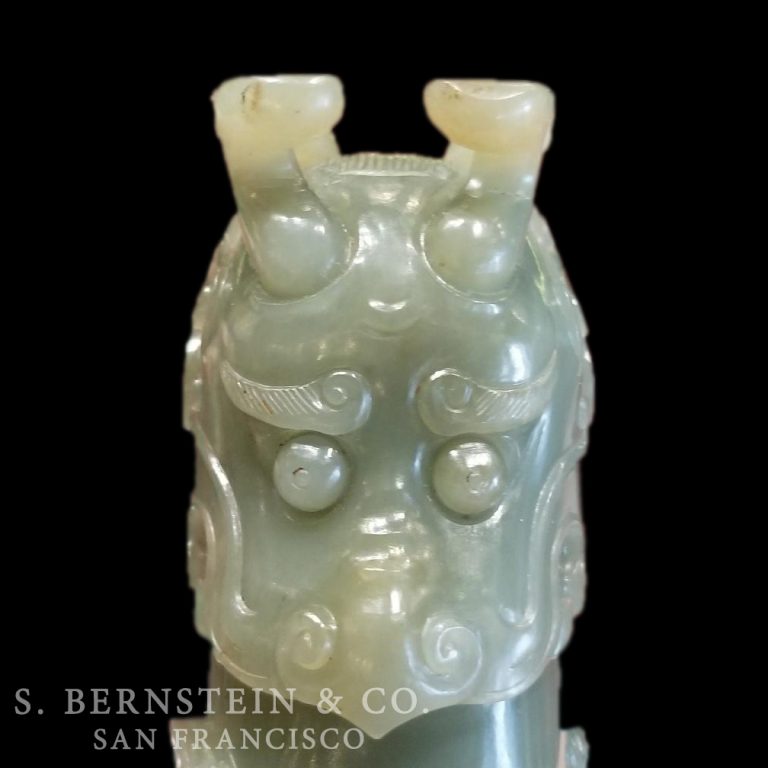 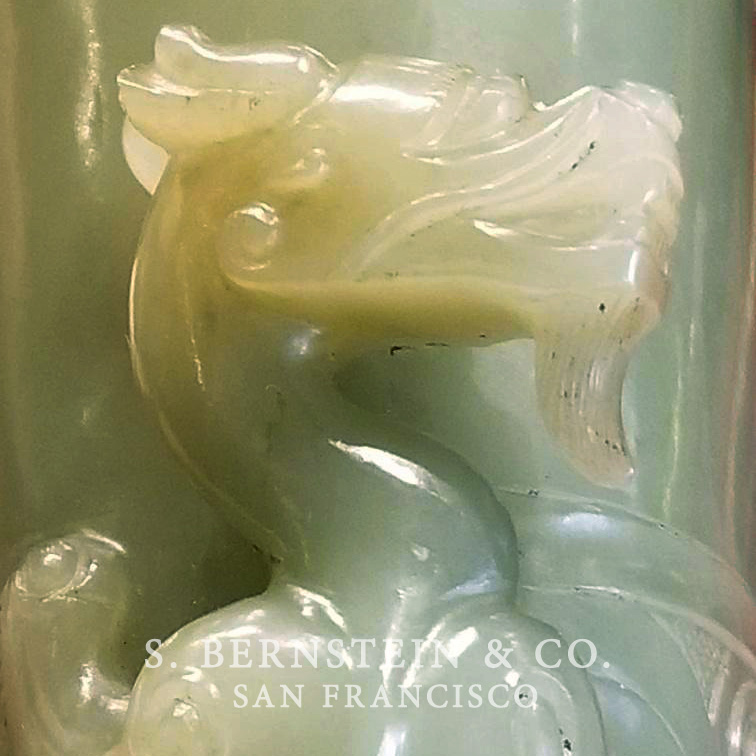 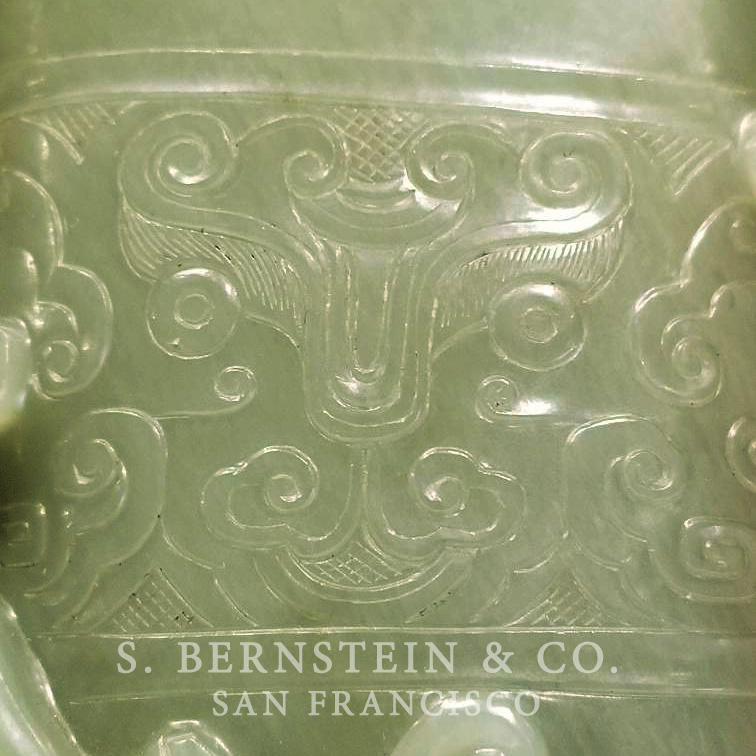 This Late Ming transitional rhyton of brilliant, translucent, yellow jade is the direct descendant of a traditional ritual vessel. The rhyton form is believed to have originated in Iran during the pre-Sassanian period and assimilated into Chinese culture during or previous to the Han dynasty (206 BC-AD 220). In a recent archaeological excavation, a jade rhyton was discovered in the tomb of the King of Nanyue (Guangzhou excavation, 1983). This finding positively dates the rhyton form in China as early as the Han period.

Originally, these drinking vessels were made of organic material and precious metals such as gold or silver. A rhyton of animal horn was thought to possess the ability to detect poison in the wine it contained. Thus, the horn-shaped form itself became associated with good health and longevity, a symbol ideally suited for ritual use. By the eighteenth century the rhyton form is purely symbolic and generally associated with wishes for a long and healthy life-an ideal gift for a scholar or person of rank.

The present rhyton is rendered from a boulder of celadon nephrite jade. The artist has skillfully included some of the russet red skin of the stone around the mouth of the vase. Three chilong dragons decorate the body of the vessel with their feline features and bifurcated tails. A thick band of swirling clouds surrounds the center, based on patterns from earlier bronze forms. The base of the rhyton depicts a dragon’s head with one long crest extending up the side of the vessel. The dragon’s horns cleverly form a stable base for the rhyton. In our opinion, the subject matter, material and workmanship indicate a Late Ming transitional date for this impressive rhyton.

Formerly in the Longshantang Collection, California