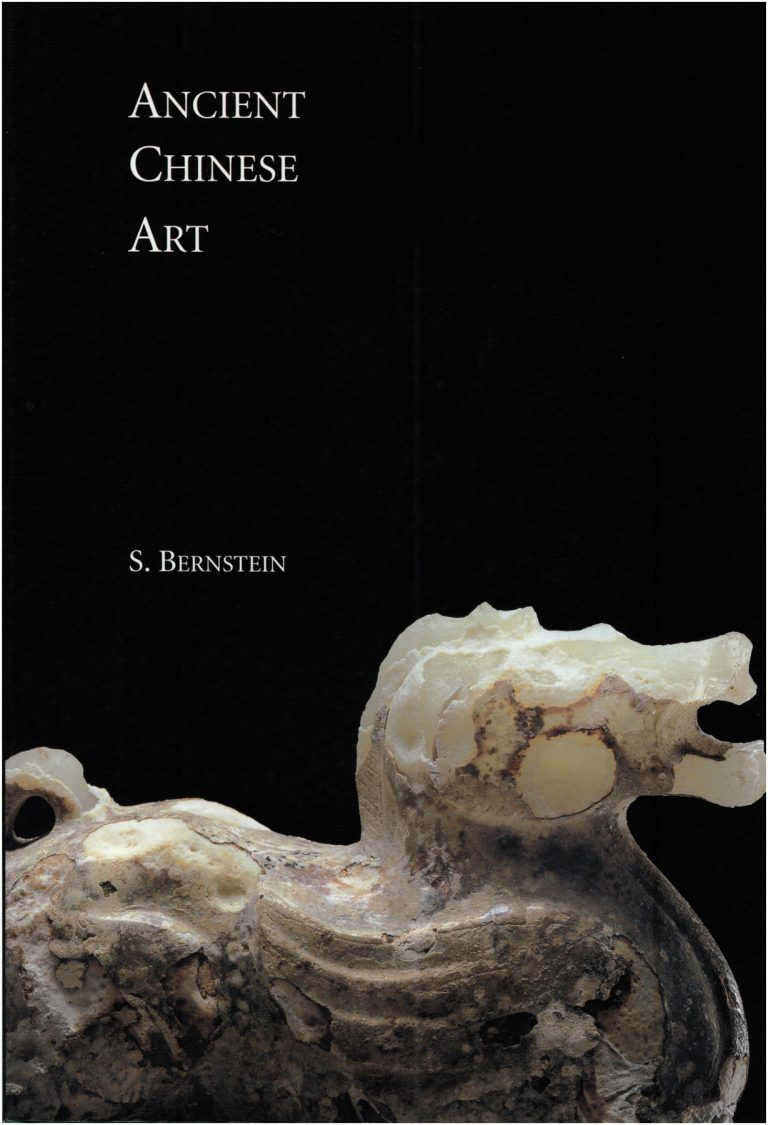 This case bound volume celebrates the Tenth Anniversary of  S. Bernstein & Co. It documents the exhibition of thirty-three rare jades, glass, bone and metalwork which were intended to be touched and handled in everyday use. Each work of art is fully illustrated, researched and discussed within the context of its intended use and period. Of particular interest are the ancient bone objects from neolithic culture (circa 5000 BC) and Han period (206 BC-200 AD). The jade objects found in this book include a set of neolithic culture jade working tools, the first to be offered. The early Chinese glass in the exhibition features the only known example of a glass imitating jade horse more than three inches long of the Han period. There are rare glass objects in the exhibition representing the Warring States period (circa 300-200 BC) as well as examples from the Tang dynasty (7th-9th century AD).

Email us to buy: sbernsteinjade@aol.com