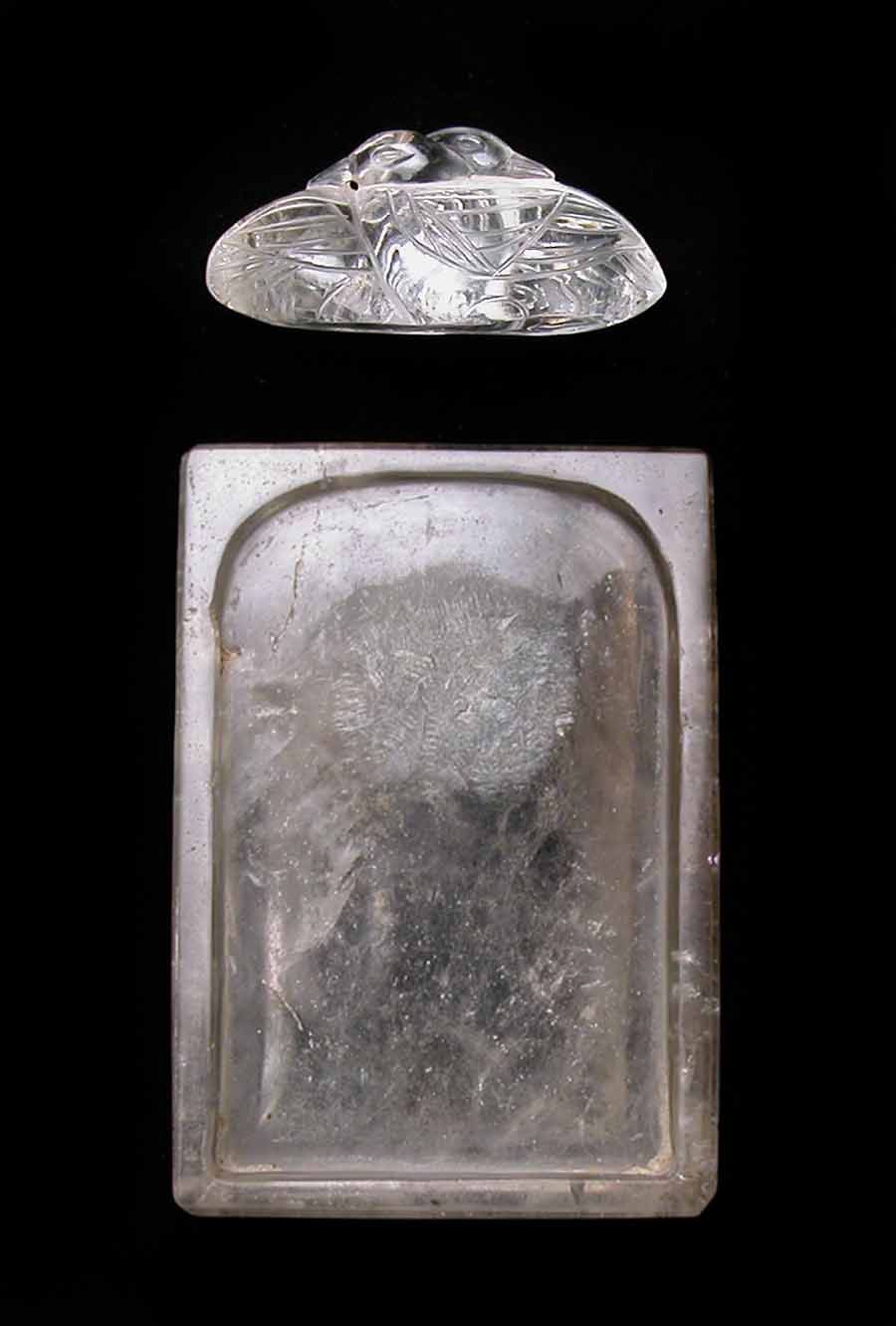 In the tenth century, nomadic Khitan tribes united to rule vast regions in northern China.  Known as the Liao, the Khitan tribe’s sphere of influence extended as far south as present-day Hebei and Shanxi provinces, and encroached upon the northern borders of both the Tang and Northern Song empires. Consequently, the Liao adopted many cultural and philosophical ideologies from their Chinese neighbors. Quartz crystal was highly prized among the Liao people, who considered it a healing stone.

These scholars objects are of exceptional workmanship and design, suggesting that they were made for use during the lifetime of a social elite, rather than for use in the afterlife. The first, a pair of mandarin ducks is rendered from a solid piece of Quartz crystal. The ducks are depicted side-by-side, symbolic of connubial bliss. Animal subjects were highly prized during the Liao dynasty, when such themes were at the height of popularity among the ruling class. This group of mandarin ducks is wheel polished, which highlights the clarity of the material.

James Watt writes in The Chinese Scholar’s Studio that of the four treasures of the scholars studio- brush, ink, paper, and inkstone – more attention was lavished on the selection of the inkstone than any other; such is the case with the present inkstone. Rare in its material, this Quartz crystal vessel was intended for use by a scholar. The inkstone has been left plain to show the high quality of the Quartz material.

In our opinion, the subject matter, fine Quartz material and workmanship techniques are consistent with a Liao dynasty date for these works of art.

For examples of animals rendered of Quartz crystal and a discussion of the importance of Quartz to the Liao culture, see Sparkling Splendors: The Art of Ancient Chinese Carvings on Rock Crystal and Agate. Roger Chow. Baofung Printing Co. Ltd., Hong Kong, 2000.

A Quartz crystal animal attributed to the Liao dynasty with similar stylistic elements is illustrated on page 244, plate 262, op cit.

For an in depth discussion of art objects made for the Scholars Studio, see The Chinese Scholar’s Studio, Artistic Life in the Late Ming Dynasty by Li Chu-Tsing and James C.Y. Watt. Thames and Hudson, New York, 1987.