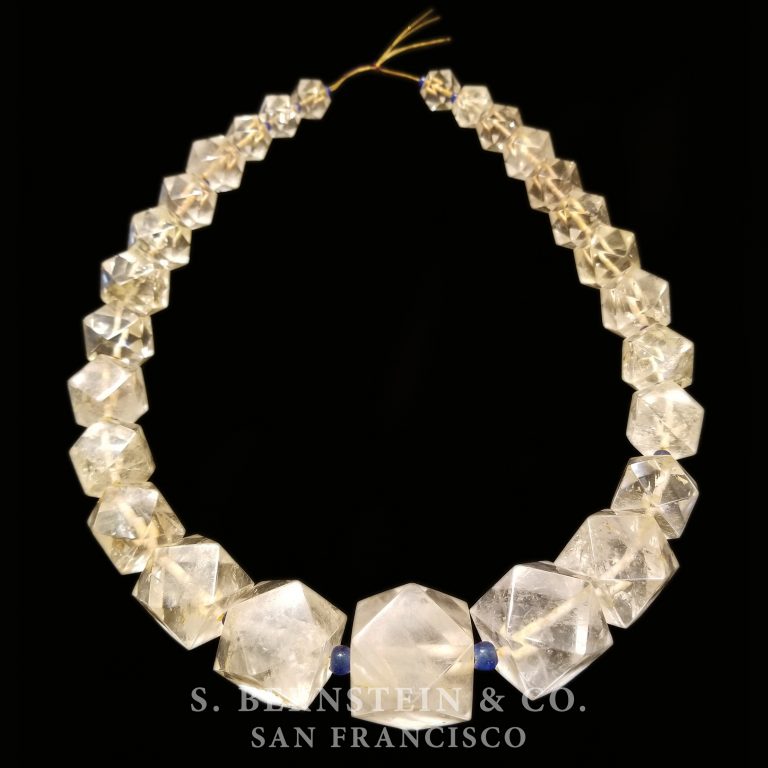 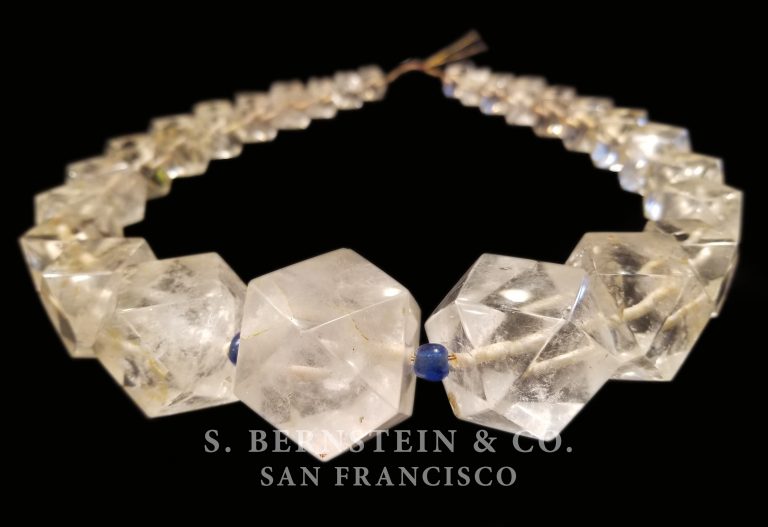 “Rock crystal, according to Cao Zhao in his famous Gegu yaolun is “so hard that a sharp knife cannot leave a mark upon it, it is brittle. It is transparent as ice. The best pieces are flawless, and perfect in condition…the ancients said: ‘A thousand-year old piece of ice turns into crystal.’ Yang Wanli (1127-1206), a poet and calligrapher of the Song dynasty even believed that frozen ice would turn into crystals in six months time. We have found parallels in Greek mythology. The Greeks, likewise, believed that rock crystal was water frozen by the gods to remain forever. And the term crystal derives from the Greek krystallis, meaning “ice”. The beauty of the crystals and their water-clear transparency has always captivated the human eyes. It is no wonder that this natural stone has had great significance in many cultures throughout history.”

This magnificent strand of faceted graduated beads consists of 27 superb pieces rendered from water clear transparent material. There are blue glass beads interspersed between each crystal bead. Examples of Warring States crystal beads of this size and quality are rare. In our opinion, the workmanship and material of this strand of beads is consistent with an Eastern Zhou period date.

For a selection of ancient crystal and agate objects of the period, see Sparkling Splendors,

The Chinese University of Hong Kong. 2000.